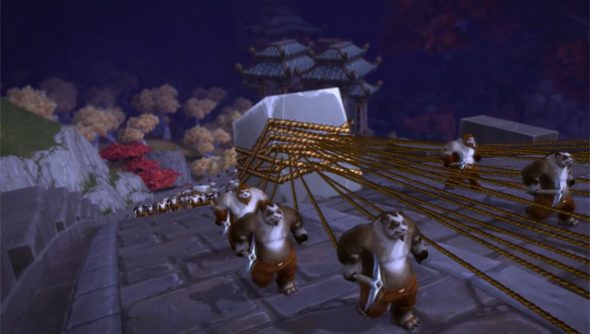 It’s the question on every panda’s lips: when will World of Warcraft 5.2: The Thunder King arrive? And its companion follow-up question: will it maybe come on Tuesday?

WoW senior community rep Jonathan Brown was asked as much on Twitter this weekend, and replied: “That’s still the plan.”

The soggy papier mache jewel in 5.2’s crown is Throne of Thunder, a stormy new raid dungeon which comes conjoined to a “multi-faceted” palace quest hub. Beyond that, we’ll see classes rebalanced, new pets, mounts and world bosses introduced, and assorted improvements made to pet battles.

Check the World of Warcraft 5.2 patch notes for more on those changes, as well as general bug fixes.