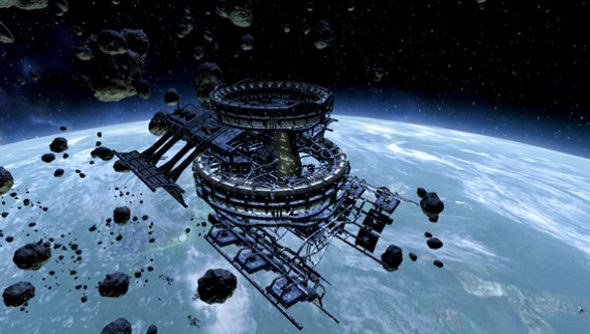 Life, or indeed business, without Steam must now seem utterly alien to most middling to major PC developers, but X3 developers Egosoft are used to having to justify their presence on the service to resistant pockets of their community. They’ve been doing so for the past seven years, but today revealed a host of new Steam-based features for the series – alongside a few good reasons to consider a “leap of faith” to Valve country.

Egosoft always wanted to release free updates for their games, and since first introducing them on Steam in 2006 have found the financial incentive to continue doing so. The result? 1999’s X: Beyond the Frontier runs like a dream on Windows 7 64bit and Windows 8, and “still finds new fans”.

“Without Steam we would not have been able to provide this service,” writes managing director Bernd Lehahn on the Egosoft forums, noted by NeoGAF. “An advantage not only for us but for all our customers.”

Lehahn sees Valve’s recent push towards simultaneous PC, Linux and Mac support in Steamplay as the key to supporting his customers further.

“Should you ever switch to a different operating system and want to continue playing our games, you had to buy the game again,” he notes. “For the developer, since the porting is not based on a single set of source code, it gets increasingly expensive to develop updates for all platforms.”

As such Egosoft have begun to phase out third-party ports of their games, and are currently working to port X3: Reunion, X3: Terran Conflict and X3: Albion Prelude natively to both Linux and Mac OS. Once that’s done, they’ll make all three versions of each game available under Steamplay.

What’s more, Egosoft are building an update to X3: Albion Prelude which will added a newly redesigned gamepad mode to the game, for steering ships about in Steam’s Big Picture Mode. Lehahn said that the move will ensure players “never have to get up from [their] couch ever again”, but acknowledged “some biological limitations” may still remain.

Steam, then: an end to digging out scratched CDs from the ‘90s shelf to discover that they inexplicably play at double speed. There isn’t much I wouldn’t trade for that. How about you?