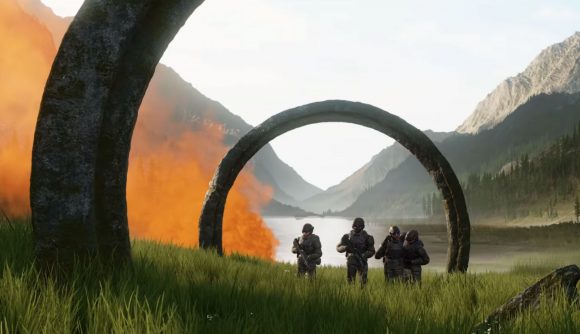 Microsoft has “built an expectation from customers” that Xbox’s first-party games will come to PC and in-turn Steam. That comes from Xbox chief Phil Spencer, who, talking to GameReactor, explains that he wants to deliver on that as much as possible, but things like timing and “small anomalies” may get in the way here and there.

“There is this expectation from customers like there is now on PC, where people don’t question – there might be some timing things, on when certain things happen – but if we are shipping a first-party game it’s coming to PC,” Spencer says. “If we are shipping a first-party game on PC it’s coming to Steam and our store. We built an expectation from our customers.

“That’s my goal, and then there will be little anomalies every so often and because of relationships and certain developers that want to do certain things, but my goal is: make games as playable by as many people as possible so that this art form continues to grow.”

Spencer also reflects over the past few years, admitting that at one point, Xbox wasn’t doing enough to back up its stated commitment to PC. He believes, though, that things have got better with time.

“You know if I rewound five years ago, I would say over and over that we are committed to PC and then get a bunch of eye rolls, and rightfully so for we weren’t doing much,” he says. “But I think now when you look at what our standing is on Steam and Game Pass on PC, we have shown that our commitment over time has paid off.

“PC customers may or may not love what we do, but they know that when we are shipping things, we’re gonna do our best effort on PC as well as on Xbox.”

Be sure to check out the interview for more from Spencer on general exclusivity, monetisation, and game development titbits.

If you’re looking for more Xbox goodness on Stream, Halo 4 PC beta has kicked off ahead of the multiplayer game joining the Halo Master Chief Collection.