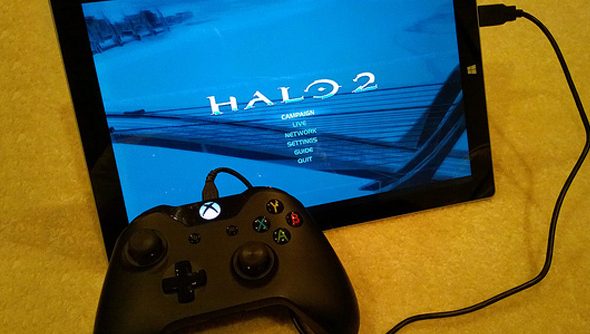 There are two very good reasons to love Microsoft. Firstly, they accidentally created the best PC controller ever the day they launched Windows drivers for the Xbox 360 pad. Secondly, they can unironically announce the release of Xbox One controller drivers with the most on-brand image known to mankind: an Xbox One controller being used to play Halo 2 on a Surface Pro, a use case for the controller that I’m confident will never exist outside of that photoshoot.

Over on Xbox meat-mascot and friend’s dad impersonator Major Nelson’s blog, the Xbox One controller drivers are reported to be included in an upcoming Windows update, though direct links to both 32- and 64-bit drivers are currently available to anybody willing to click.

The Xbox 360’s controller was celebrated for its simplicity of installation. One of the very few advantages of Games For Windows Live was the ability to jab the USB end of a 360 pad into your PC and have the game swap over its control system, HUD icons and all, to adapt to the freshly introduced controller. It also standardised many controls across PC ports of Xbox 360 games, reducing the need to calibrate or fiddle with button-bindings on a per-game basis. It also helped that it was a geninely comfortable bit of plastic to hold. 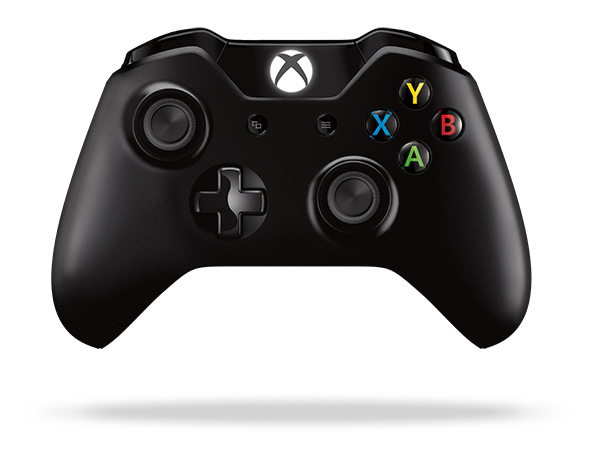 The Xbox One pad received a few design tweaks. The d-pad no longer has that ‘saucer balanced on golf ball’ feel, and is now a useful method of input, while the shoulder triggers have some force feedback thing that undoubtedly will go unused for 95% of games. They’re still nice to have in the hand for any games that require an analogue touch, racing games and the like. I use my 360 pad to play Elite: Dangerous, in lieu of a £400 joystick.

Here are those drivers links:

At the rate Windows updates and forcibly resets itself these days, you could already have them by the time you read this.