Everyone who’s played Mario + Rabbids: Kingdom Battle on the Nintendo Switch can attest that Ubisoft’s latest is very likely heavily influenced by the XCOM games. But the student-master relationship need not be a one-way traffic zone. Is there anything that XCOM can learn from Mario + Rabbids? After spending some time with the brightly coloured, slapstick tactics game, I certainly think so.

Love tactics? Check out our list of the best strategy games on PC.

Despite its cover mechanics, movement systems, and shooting being a (wacky and streamlined) clone of XCOM’s battles, the overall momentum of Mario + Rabbids is very different. In XCOM, you’re constantly swapping back and forth between turn-based battles and the HQ strategy layer. Mario + Rabbids, on the other hand, is seamless; there’s no loading between two different strategy types because the whole game takes place down on the ground. After finishing a battle, you guide your squad of Mario and Rabbid characters through the kinds of levels only Nintendo can make, picking up coins, finding secrets, and rolling down pipes, until they come across another battle scenario. 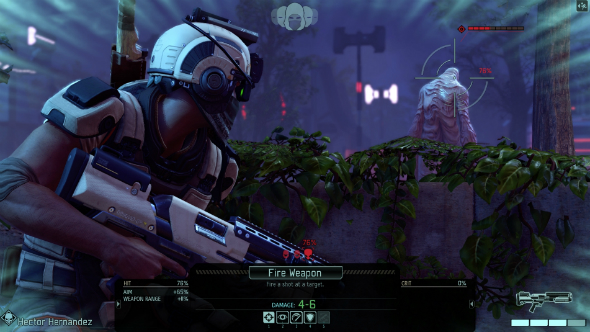 This design does a few things. Chiefly, it makes the experience feel like a Mario game, despite its radical differences. But it also makes the world feel alive and real; it may not have streets and buildings, but the progression from area to area cements the feeling of this being a proper place. This is in direct contrast to XCOM, where the maps feel exactly what they are: arenas for battling in. They’re pretty and full of excellent asset work, but XCOM never really feels like a world. You see everything from a detached perspective.

That’s perfectly fine, of course. You are the lofty commander, after all, and switching between battles and global HQ is exactly what XCOM should be. But the new War of the Chosen expansion shows that developers Firaxis are certainly happy to experiment with the formula. And so I’ve got an idea that, rather than being the direction for XCOM 3, I think would make a nice XCOM 2 expansion or chunky bit of DLC. And it’s directly influenced by Mario + Rabbids.

Don’t worry, I’m not asking for minions to be injected into the war zone. 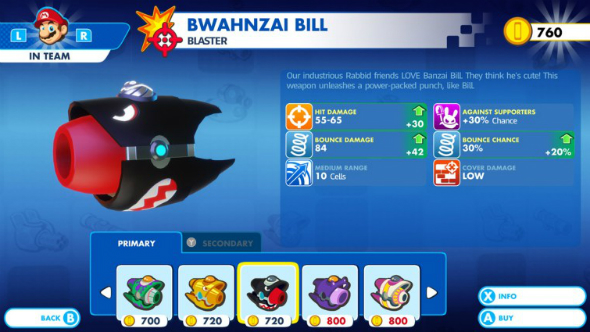 Rather than focusing on the XCOM project as a whole, this campaign would follow a single squad stuck in a huge, sprawling city. They’re cut off from XCOM headquarters, and need to survive a journey through the alien-infested streets in order to make it to their extraction point.

Between battles, instead of jumping back to the side-on view of laboratories, research centres, and medical bays, the camera stays in the world, and you remain in command of your handful of troops. When not in combat, you’ll need to scavenge in buildings to find ammunition for your weapons, new technologies with which to upgrade your own equipment, and enemy intel files that will help you plan for the battles ahead.

The overall idea is to make the city feel real; to provide XCOM with a sense that these buildings around you aren’t just cover, but places where people have to live and work. And, as a result, offer the player a better sense of why the XCOM project is so necessary – that the stakes are far higher than a game over screen. That there’s a genuine world in need of saving. 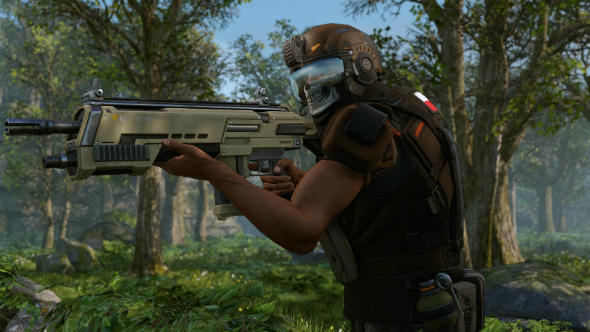 Following a single squad also ties in wonderfully to the systems introduced in War of the Chosen. Soldier bonds already add a new level of personality to your units, but keeping them together for the duration of an entire, albeit shorter, campaign would really emphasise their value. The Chosen also introduced fully-voiced antagonists to the game, with unique motives and battle chatter. I’d like to see this applied to squad members: with just a single squad being the focus of the expansion, it’d be easier to apply more characteristics to them, and also provide them with contextual dialogue. Seeing one of the new XCOM propaganda posters, for example, could prompt a soldier to mention how they once posed for a poster, or that they recognise the troop in the image.

It’s the sort of thing that could never be a full XCOM game. As an interesting piece of ambitious DLC, though, it’s something I’d very much like to see. More than providing specific ideas that XCOM can steal in retaliation, Mario + Rabbids is proof that the ‘copy-cat’ can be just as inspirational as the source itself.