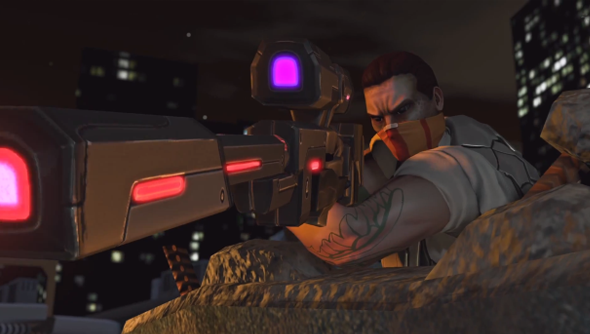 XCOM’s first round of DLC was announced last night and lo, it was a surprisingly straightforward set of three missions and a new soldier with a personality. But there’s another thing, out already. The Elite Soldier Pack originally came taped to a pre-ordered or launch copy of the game, but is now on sale for either £3.69 or 4.99 of your US dollars.

The very best thing about it, of course, is the flattop-haired soldier to be beamed 1994-style into your barracks upon purchase. The amount of use you’ll get from him is directly proportional to your skill, so I’d hold off sending him to a crash site somewhere in Eastern Europe until you’ve a sniper or two with Squad Sight to back him up.

Find the Elite Soldier Pack on Steam. Will you be picking this up, or holding off for something more substantial?