Something terrible is coming, you’ll know that from the beginning. The briefest of glimpses into your future shows the Kingdom of Davern, your kingdom, under siege and facing what some might generously describe as overwhelming odds.

The stage is set, then, for the realm’s darkest hour. As monarch, it’ll be your job over the course of the coming year to build alliances, recruit soldiers, and do whatever it takes to ensure your survival when your day of judgement arrives..

You begin each week in the throne room, as various petitioners from across the realm arrive to seek your aid. A local farmer might need extra supplies to get them through a harsh winter, or perhaps a nearby lord requires your assistance after a bandit attack. Everything costs something and you’ll rarely have the resources to meet everybody’s needs.

Day-to-day, your success as king is often judged by how well you can balance the books. Do you have enough gold and supplies to keep enough people happy? Overspend and you’ll find yourself taking out costly loans from the bank, a habit that can prove increasingly difficult to break as the game progresses.

But this isn’t Yes, Your Accountant. What makes these decisions interesting is the uncertainty surrounding them. Let’s say a merchant arrives at your court, claiming to have been robbed. They might ask for gold to replenish their stock, or maybe they’d like your general to track down those who stole from them. If this merchant is telling the truth, it’s probably in the interest of your kingdom that you help them and perhaps they’ll return later down the line to repay the kindness.

You won’t have enough information to get it right every time, but it’s your job to make the call all the same

I mean, sure, that’s one possibility. But they could also be lying, hoping to make a quick buck at the expense of your treasury. Or maybe their situation is legitimate, but by helping this merchant, you can no longer afford to help the next two petitioners who arrive before you, and perhaps their causes are more important?

Uneasy lies the head that wears a crown, indeed.

There’s a moment that stood out for me early on, in which a character questions whether you’re really as wise and all-knowing as people believe. Of course, the answer is no. It’s not really your job to know which decision is best, as you typically won’t have enough information to get it right every time. However, it’s your job to make the decision all the same. That’s what being the king is all about. 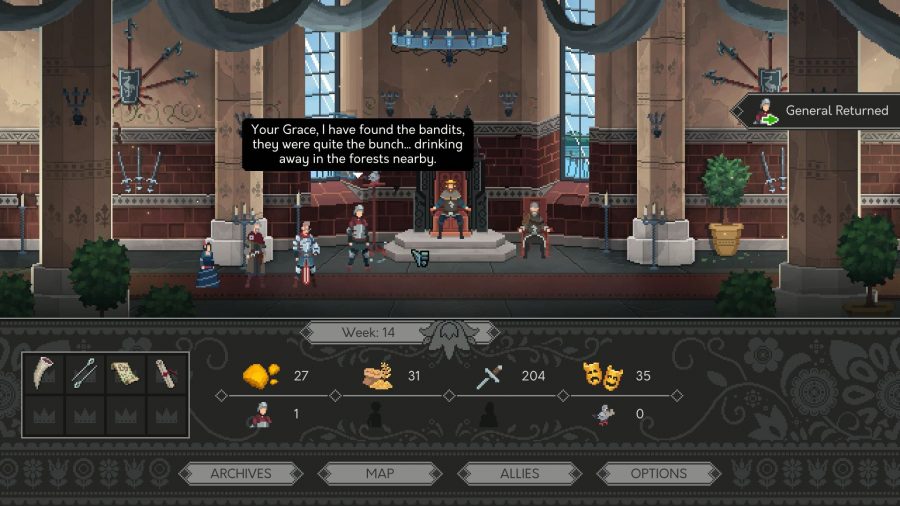 And that’s the bulk of the game, as you sit upon your throne, managing your resources and deciding how to respond to all sorts of different people, from peasants, to witches, to neighbouring kings and potential allies. Although it’s possible to lose the game because you’ve exhausted your royal coffers, wasted too many supplies, or because your people have grown too unhappy, I found that you have to try pretty hard to make that happen.

Your youngest daughter is easily the most eccentric of the three and a constant source of delight throughout Yes, Your Grace. Eager to impress her elder sisters, you’re never quite sure what chaos she’s going to be involved in next, and you’ll love her all the more for it.

Having played through Yes, Your Grace a couple of times (the game’s about six hours in length), it seems to me that the minutiae don’t really matter all that much. An early battle, for example, appears to result in the exact same conclusion, with the exact same number of losses, no matter how well I’d prepared my military force ahead of time.

Presumably you can lose this fight if you’re totally underprepared, but other than that, the outcome seems largely out of my hands. For a game about making decisions and living with the consequences, I found this disheartening. 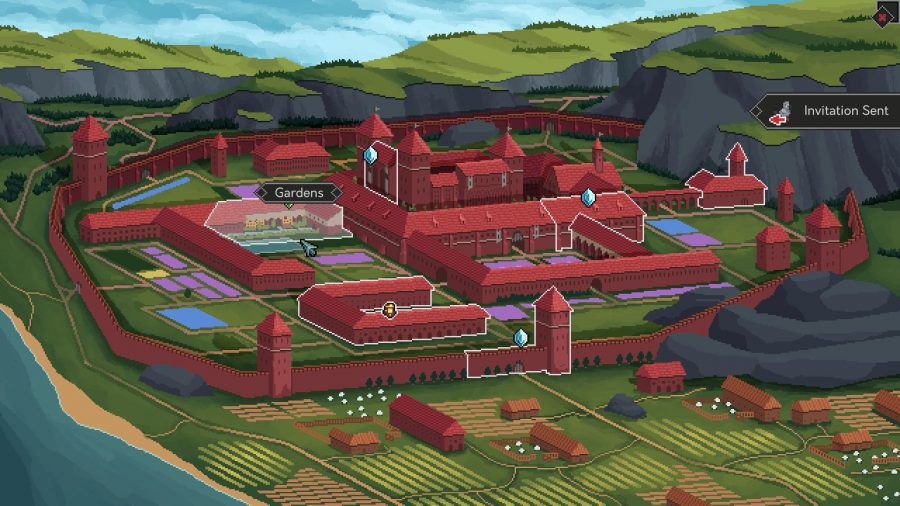 In fact, as the game neared its dramatic finale, the resources themselves seemed less and less important. Instead, the decisions that truly mattered were the ones relating to the king himself and his family. There’s a wonderful juxtaposition between the stoic ruler prepared to send his men out to die on the battlefield and the goofy father struggling to understand why his teenage daughter no longer wants to play hide and seek in the courtyard.

Whenever these two worlds collide, the clash is potent. As a father, you want to promise your eldest child that you’ll always protect her, but as her monarch, it’s your responsibility to think about what her hand in marriage could mean in terms of alliances for your kingdom.

It’s these relationships that elevate Yes, Your Grace. As a kingdom simulator, I felt like my decisions didn’t matter enough in the end, but as a story about family, duty, and sacrifice, it does have something more worthwhile to offer. 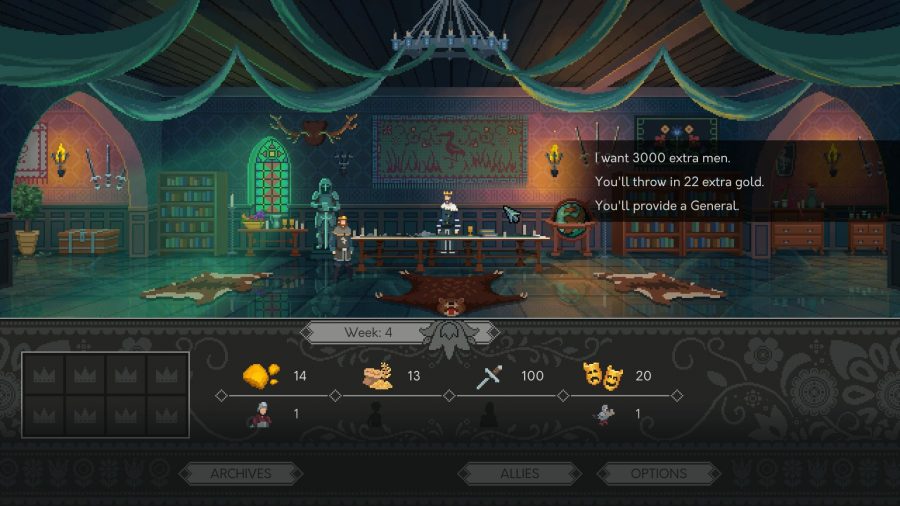 The real conflict isn’t between the Kingdom of Davern and the army at its gates; it’s between your crown and your family. Can you be a good king while also being a good father, husband, and friend?

That’s what this game left me thinking about. I just wish I’d enjoyed the rest of it as much as I’d wanted to at the same time.

Your kingdom’s future can sometimes feel too predetermined, despite the hundreds of decisions you’ll have made along the way, but the relationship between your king and his family is really what counts.