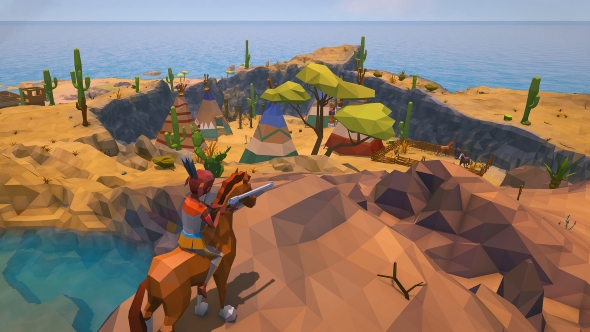 Thought Bohemia only made super-serious millitary simulators? Think again. At the PC Gaming Show at E3, the developers showed off Ylands: a voxel-based sandbox game that looks to take on Minecraft.

There’s so much on show in this trailer. Like Minecraft, there’s a bunch of crafting, building, and terrain deformation, but it also seems like there are dozens and dozens of fun little activities to do with friends. On show were players on horses, some sailing, and races in cute old-fashioned cars.

Bohemia stress that even though the game looks very different to Arma and DayZ, it shares the key Bohemia belief of providing players a platform for creativity and sharing.

Ylands will be available in Steam Early Access from this summer.