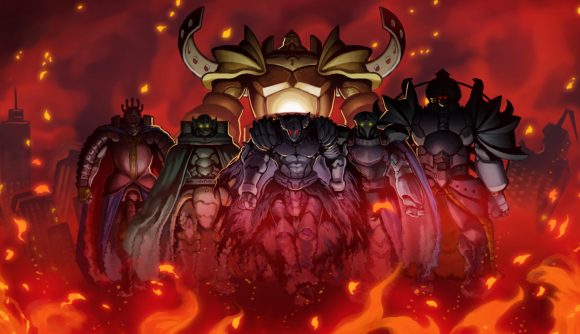 The long-awaited Yu-Gi-Oh: Master Duel banlist is here, and it doesn’t ban much. In fact, it doesn’t outright ban anything. The affected cards are all moving either to the limited or semi-limited lists, and while pretty much all of the top tier decks will suffer some nerfs as a result of the changes, the early response from fans suggests that Konami might be playing it too conservatively here.

Two cards are getting knocked to the limited list: Cyber Angel Benten and Conquistador of the Golden Land. Those will affect Drytron and Eldlich decks, respectively, both of which rank among the top decks on tier trackers like Master Duel Meta. The community’s response to the list has been, uh… well, the main discussion post about the banlist on the Master Duel subreddit is simply titled “LMFAOOOOOOOOOOOO“.

The banlist goes into effect on May 9. You’ll get a bonus of 20CP for dismantling cards added to the limited or semi-limited lists until June 9. Again, there are no forbidden cards in this banlist, and one card is coming off the list, back to full unlimited: Red-Eyes Darkness Metal Dragon.

For more card games, you know where to click.