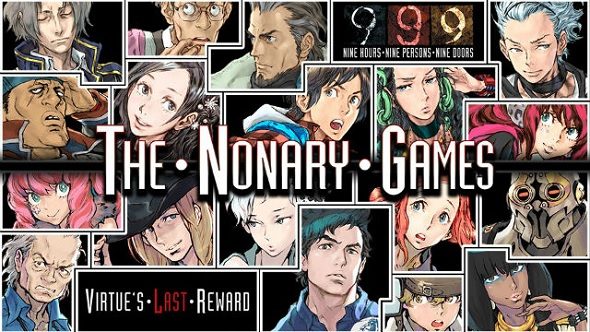 Following the launch of the third entry in the franchise, Zero Time Dilemma, on Steam last year, Spike Chunsoft has finally released the first two games in the Zero Escape series on PC. Combined together in a compilation called The Nonary Games, this cult classic visual novel collection has PC players learning the origins of Zero and his deadly escape rooms.

For more horrifying experiences, check out our list of the PC’s best horror games.

Made up of 999 released in 2009 and Virtue’s Last Reward released in 2012, Zero Escape: The Nonary Games has players trying to break out from a series of lethal escape rooms, while working together with a cast of eccentric characters. Similar to Spike Chunsoft’s other mental visual novel Danganronpa, the plot of each game is baffling at first, until it all comes together for one spectacular conclusion. In the Nonary Games, players are introduced to the masked mastermind Zero, who has a penchant for trapping people in these deadly games for his amusement.

It’s best to imagine it like an anime version of Saw, with the traps becoming increasinly devious as you and the eight other prisoners work for their freedom. Expect there to be betrayals, confessions and shocking reveals as you uncover the backstories of your fellow prisoners, in between solving puzzles from the most dangerous edition of Crystal Maze. Just to add to the tension, Zero also places a nine hour time limit on the Games, where everyone dies if they don’t finish in time.

While Virtue’s Last Reward should be identical in presentation to its original 3DS release, 999 has received quite the overhaul as part of this package. According to the Steam page, this includes “hi-res graphics” and both English and Japanese voice acting.