In the race to size 0 transistors the 5nm threshold has long been a physical barrier to the ongoing process of Moore’s Law. The development of a non-silicon 1nm transistor could be the breakthrough our future processors have been waiting for.

We may have to put up with bloated 14nm processors, but these are still the best CPUs for gaming right now.

Such is the way of modern media, always going on about bandwidth and how big your transistors are, it’s enough to give a processor a complex. And researchers at Berkeley aren’t helping as they’ve just created a functional transistor that’s just 1nm in length – a tenth of the size of the next generation of Intel CPUs.

The greatest minds in electrical engineering have been working for years on a way to get past the hard limits on the size of the billions of transistors which make up our most complex components to get them as small as they can possibly go. Moore’s Law predicts (cos it’s not really a law) that the transistor density of integrated circuits would double every two years.

The looming barrier, however, is that as transistors get smaller it’s harder for the materials they’re made of to keep electrons in check.

Transistors are essentially switches designed to process the binary 1s and 0s which makes our computers do cool things like model a fictional Southern city for us to play out our gangster fantasies in. Though they’re also responsible for making them only run at 30fps too…

A transistor is made of a source, a gate and a drain. The electrons are supposed to flow from the source to the drain and the gate is the control mechanism to allow flow to be switched on and off. Currently transistors are made of silicon because it’s a wonderfully conductive material, allowing electrons to flow freely throughout its structure. Unfortunately below the 5nm mark weird physics anomalies start to appear which mean the gates are no longer capable of staunching the flow of electrons rendering the switches unreliable. 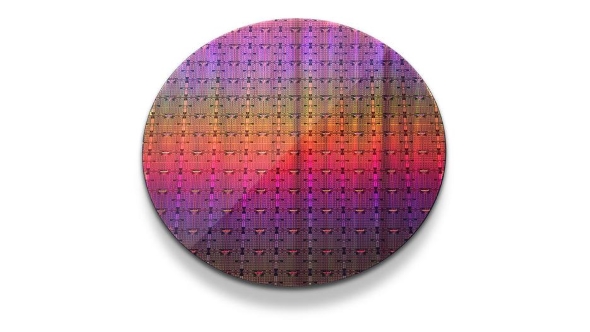 Using a material called molybdenum disulfide (MoS2) though increases the resistance for the electrons flowing through it. Oh, and by the way, MoS2 is normally used as an engine lubricant – it’s not some exotic new material that’s suddenly surfaced in the labs.

Normally increased resistance wouldn’t be a positive, but here it means that at such microscopic scales those electrons are kept under control and the flow can once more be regulated by a gate. The gate here is made of carbon nanotubes because the lithography used to create current transistors aren’t able to create 1nm scale structure. Carbon nanotubes are can be used as ready-made gate structures as they can have diameters as low as 1nm.

The Berkeley research team has been able to show the electrical properties of the world’s shortest transistor, showing it controlling the flow of electrons through it. They have though explained in the latest issue of the Journal, Science, that it’s still just a proof of concept.

“We have not yet packed these transistors onto a chip, and we haven’t done this billions of times over,” explained research team lead, Ali Javey. “We also have not developed self-aligned fabrication schemes for reducing parasitic resistances in the device. But this work is important to show that we are no longer limited to a 5-nanometer gate for our transistors. Moore’s Law can continue a while longer by proper engineering of the semiconductor material and device architecture.”

Basically they’re saying we shouldn’t get too excited about the possibility of seeing 1nm scale CPUs in our gaming rigs for a few years yet. Or maybe decades. But y’know, it’s still kinda exciting…