The best gaming laptop on the market today can come pretty close to matching the power of a modern desktop gaming PC, meaning you don’t have to stop gaming while on your travels. In fact, recent innovations have made these mobile machines both slimmer and faster, with minimal compromises to performance in many cases.

If you’re looking for the best gaming laptop with top-of-the-line specs, keep an eye out for 12th Gen Intel Core or AMD Ryzen 6000 processors. These chips are the latest best gaming CPUs from their respective companies, promising increased performance and efficiency compared to previous generations.

Of course, these aren’t the only components you’ll need, as you’ll want the best graphics card you can find to drive all the pretty pixels on your new laptop’s display. While gaming RAM and storage space are important, most models can be upgraded later down the line, so it’s best to spend more money on a better processor or GPU at first.

Here are your options for the best gaming laptop: 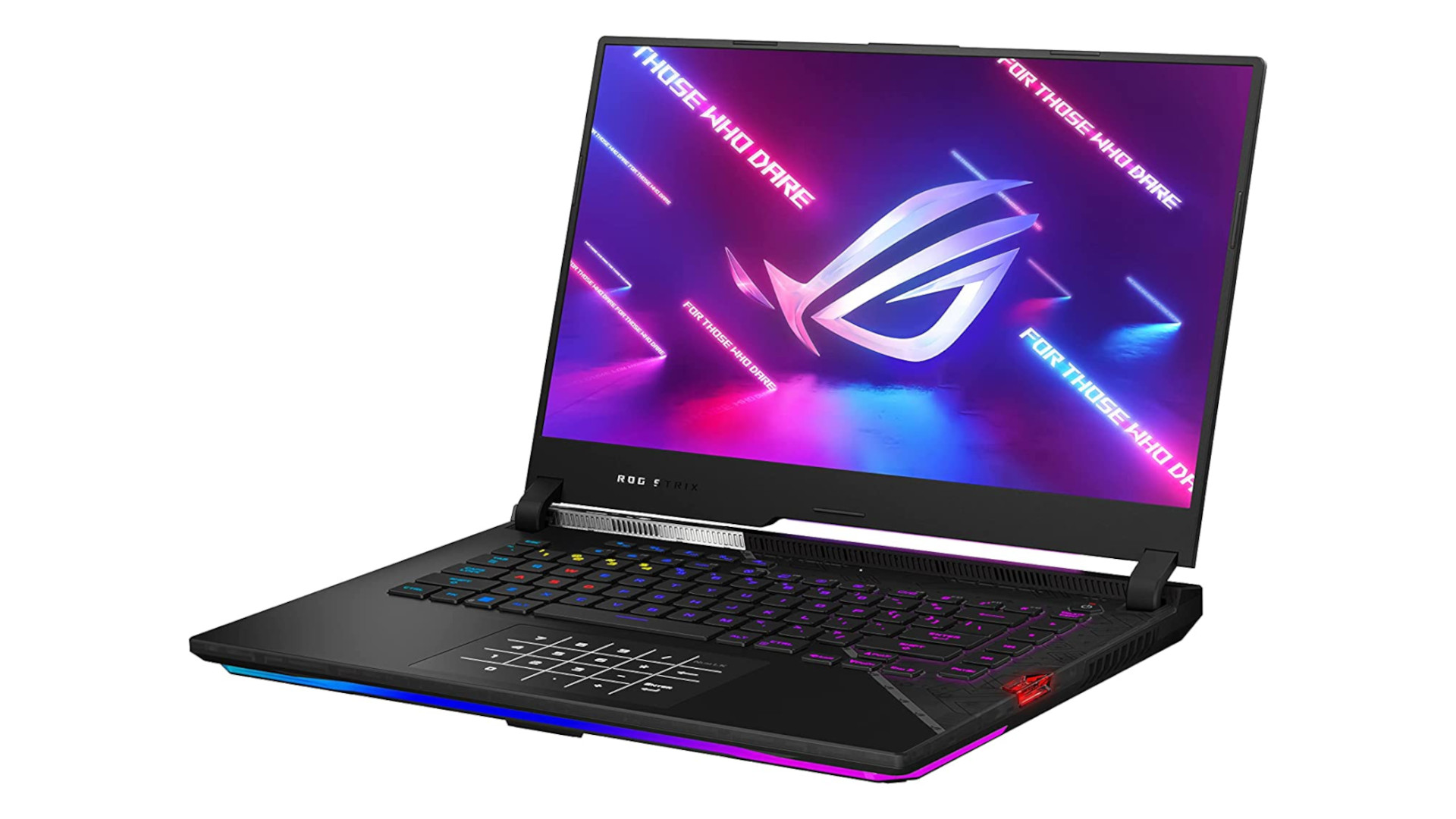 The best gaming laptop is the ROG Strix Scar 15.

If you’re looking for the highest levels of performance money can buy, look no further than the ROG Strix Scar 15. Armed with the best Intel chip you can fit inside a gaming laptop, the Scar’s Intel Core i9-12900H processor is a perfect match for its Nvidia GeForce RTX 3080 Ti graphics card.

The 1440p 15.6-inch IPS display on the ROG Strix Scar 15 delivers wonderfully sharp images in both SDR and HDR, but it also boasts an ultra-responsive 240Hz refresh rate with response times of 3ms.

Perfect resolution and refresh rate for this screen size 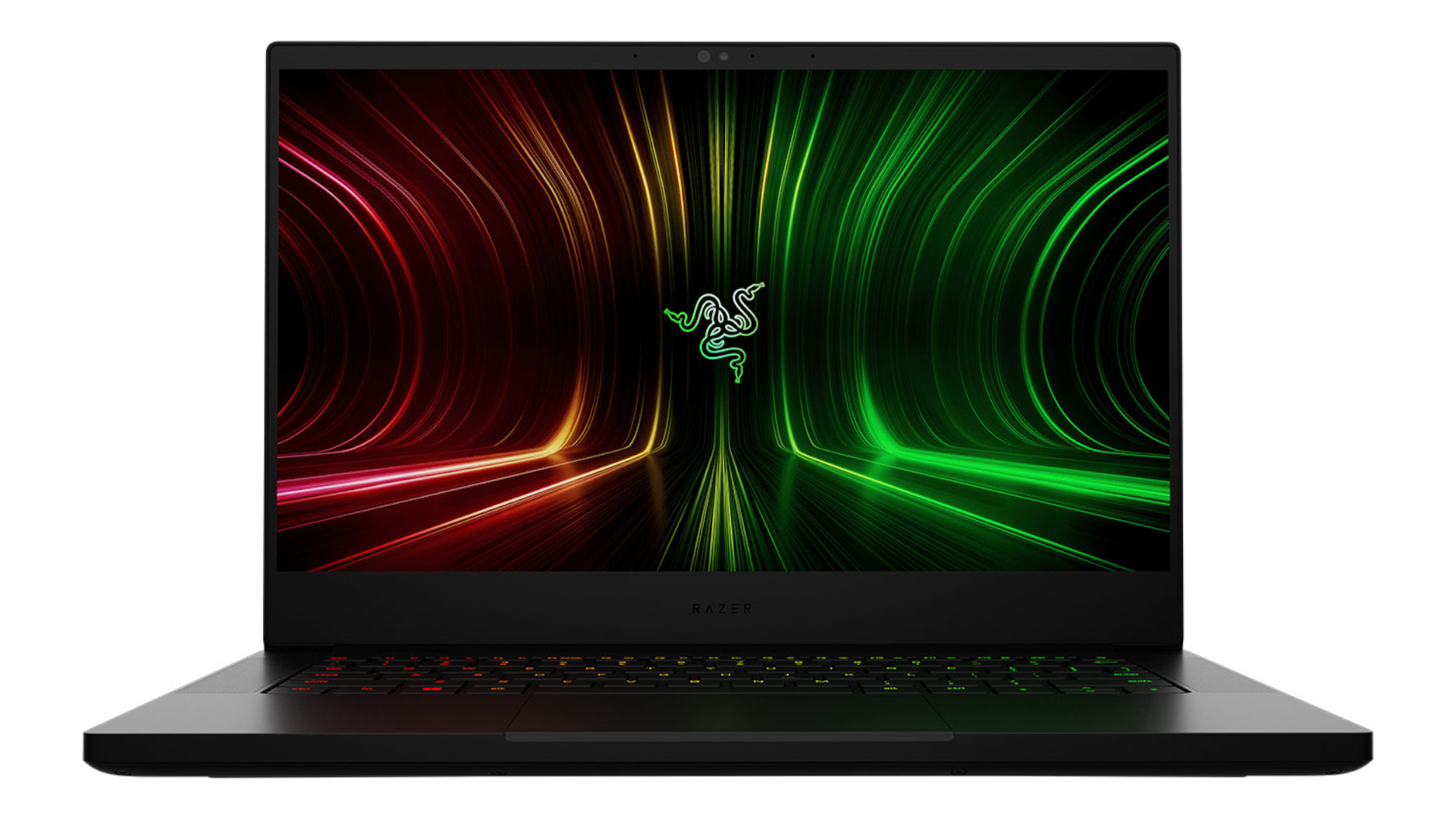 Razer is renowned for the quality of its peripherals, and the same premium-level craftsmanship you’ll find on its best gaming keyboards is readily apparent when using the Razer Blade 14. In addition to its high levels of performance, your cash feels well spent when using the gaming laptop thanks to its CNC aluminium chassis.

At 14-inches, the Razer Blade 14 is a dinky little powerhouse featuring a top-of-range AMD Ryzen 9 6900HX and Nvidia GeForce RTX 3060. This size also makes the 1080p 144Hz IPS display sharper than you’d think, with a dense PPI (pixel per inch). 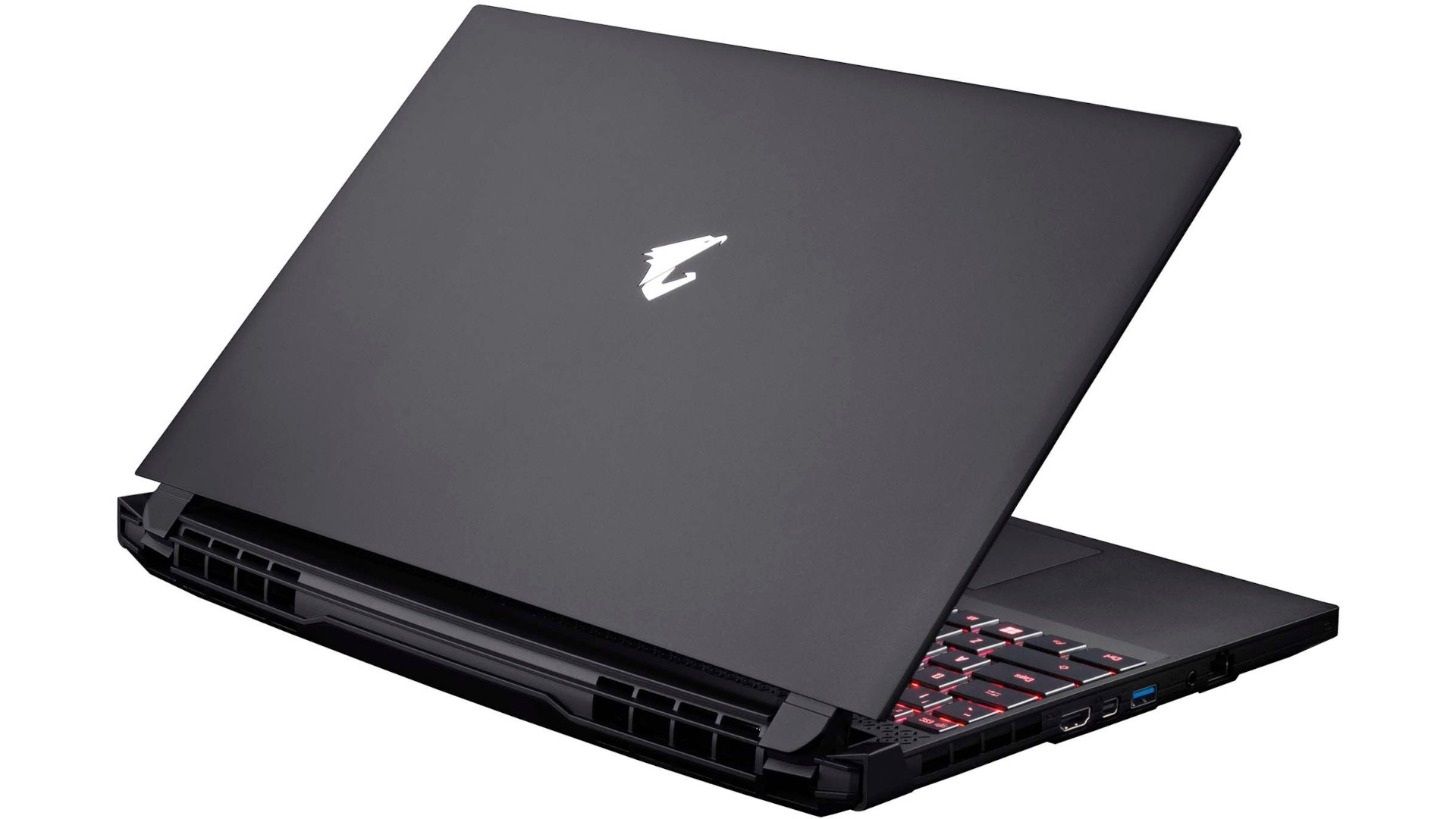 The best gaming laptop under $1,500 is the Gigabyte Aorus 5.

We’re really impressed by the specs on offer here with the Gigabyte Aorus 5, making it one of the best value gaming laptops on this list. The Intel Core i7-12700H and Nvidia GeForce RTX 3070 make for a great gaming combo, and easily drives the 15.6-inch 1080p IPS 144Hz display.

It’s also got the biggest battery amongst our picks at 99.9Wh, meaning you’ll be gaming-on-the-go for many hours. It doesn’t skimp on gaming RAM either with dual-channel 16GB DDR4 memory, and it features 512GB of NVMe PCIe Gen4 storage, so you won’t be caught short when installing the latest games.

Higher specs than those typically found at this price 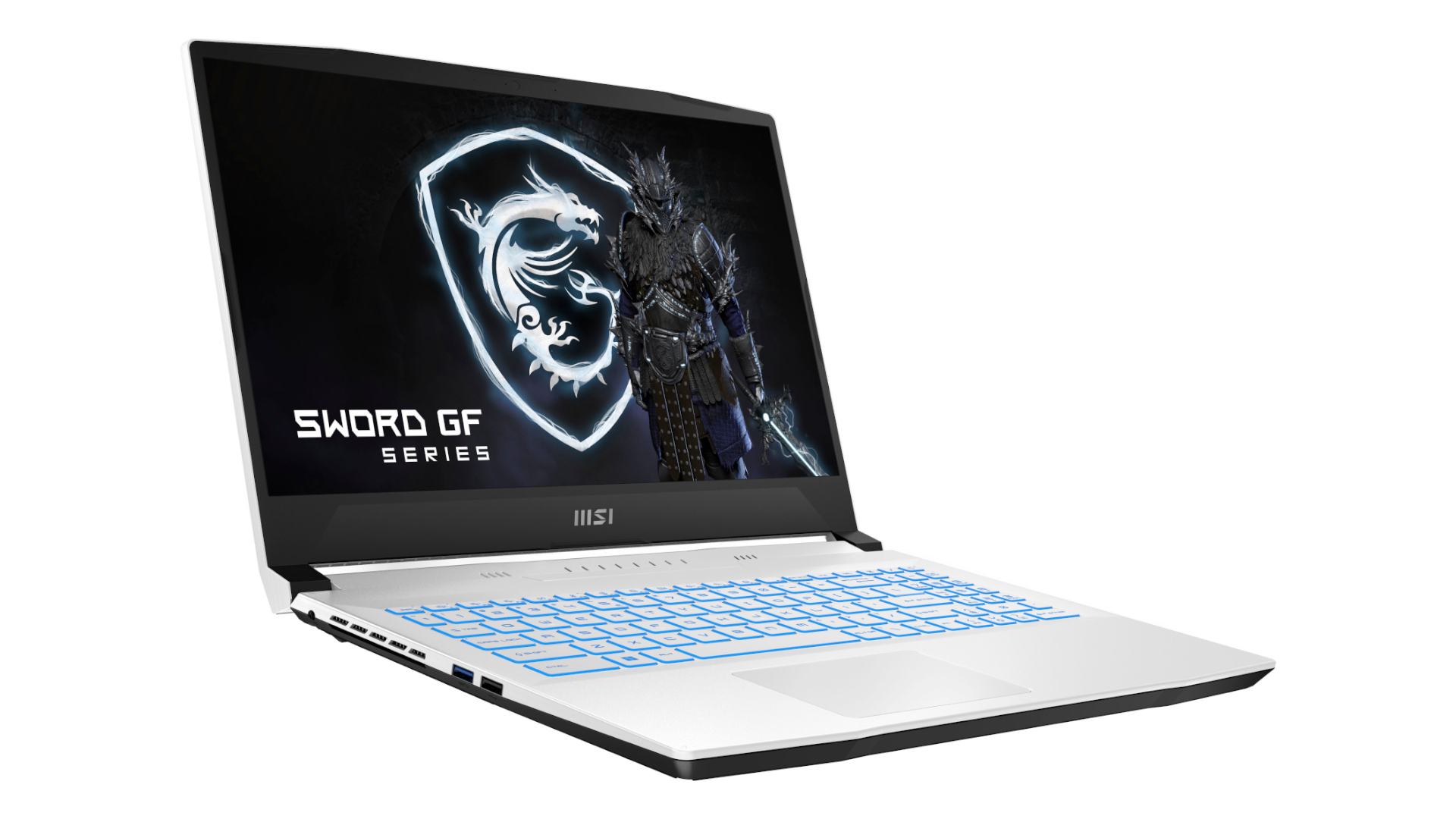 For those with $1,000 to splash on a new gaming laptop, we recommend the MSI Sword 15. Underneath its strikingly sharp white chassis, you’ll find the Intel Core i5-12450H and Nvidia GeForce RTX 3050 Ti, which are kept nice and cool by MSI’s patented Cooler Boost 5 technology.

You’ll have plenty of room to store your favourite games on the 512GB M.2 NVMe SSD, and they’ll also benefit from the faster loading times provided by PCIe Gen4. Games will look and feel great to play, too, on the MSI Sword 15’s 1080p 15.6-inch 144Hz IPS display. 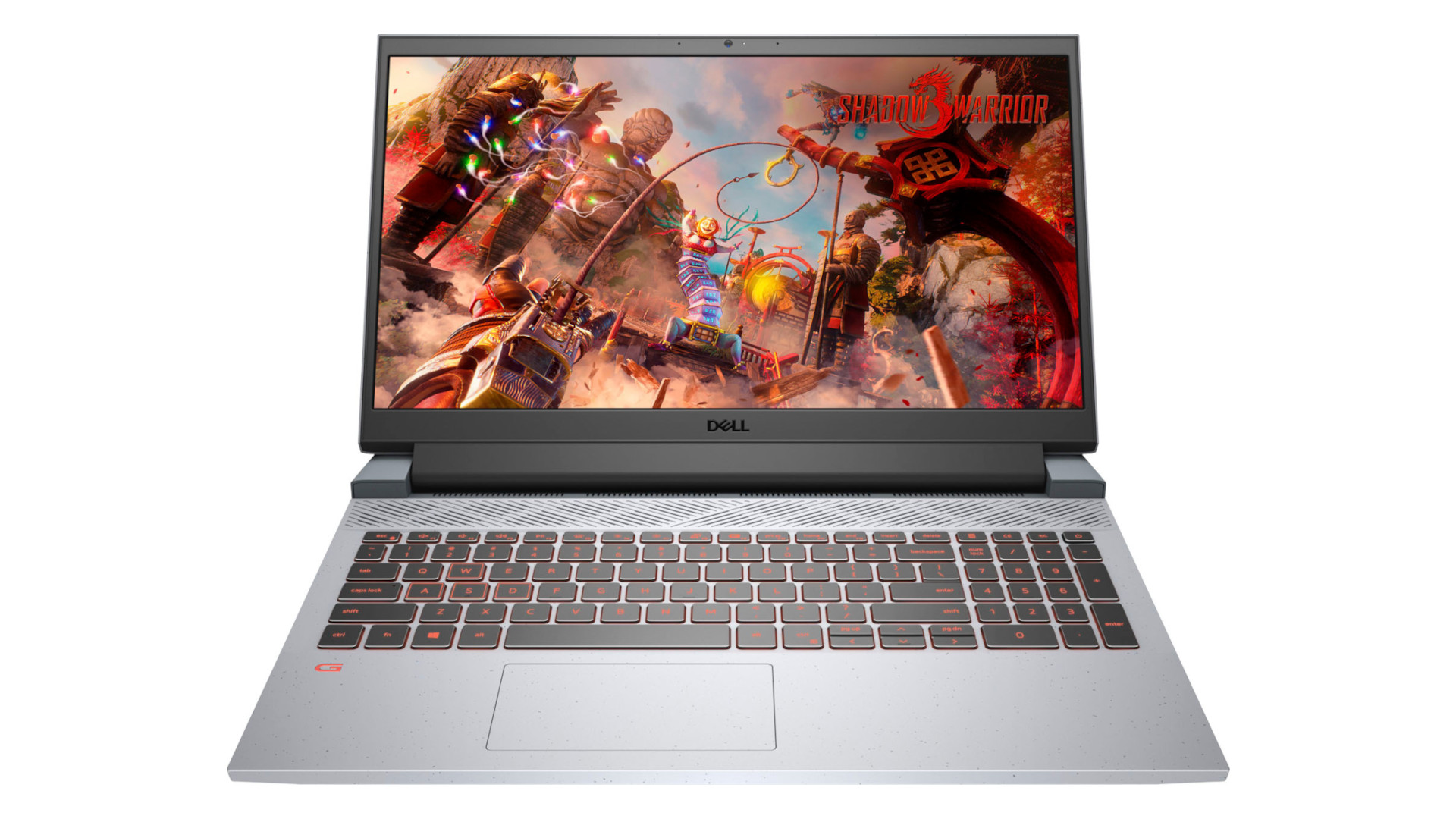 You can typically find the Dell G15 Ryzen Edition for less around $850, making it a great fit for anyone looking for a gaming laptop that doesn’t break the bank. The Nvidia GeForce RTX 3050 has enough horsepower to drive the 1080p 15.6-inch 120Hz display, and even supports Nvidia DLSS upscaling for an easy means to boost fps.

The AMD Ryzen 5 5600H isn’t the newest CPU on the block, but the G15 is still more than capable of running the best PC games. However, if you’re worried the 8GB of RAM it comes with won’t be enough, you can easily upgrade it down the line when your budget allows.

What should I look for in a gaming laptop?

There are a couple of key considerations to make other than raw power when buying a gaming laptop, such as battery life and weight. The quality, resolution, and refresh rate of the included display is also especially important, even if you plan on plugging your new machine into one of the best gaming monitors.

What ports do I need on a gaming laptop?

In addition to USB-A ports, you’ll likely need an HDMI port in order to extend your screen real estate. You’ll often find that the robustness of a laptop’s I/O cut down on thinner models, but you can buy dongles to alleviate any shortcomings.

What is a MUX switch?

A MUX switch lets you disable your gaming laptop’s integrated graphics, resulting in performance increases during gameplay. Essentially, it allows your graphics card to access display outputs without having to pass through the machine’s integrated graphics. While not having a MUX switch isn’t the end of the world, gaming laptops that do should be able to boost fps by a noticeable degree.