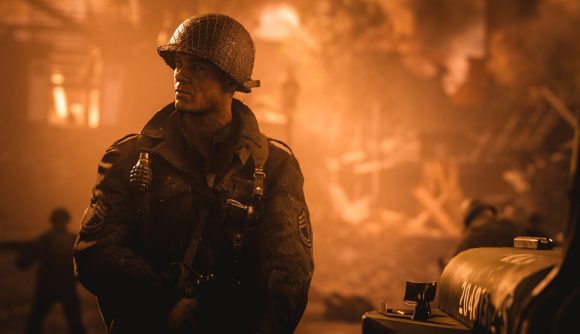 Call of Duty will return to its historical roots this year, according to multiple reports. 2021’s entry in the venerable series of FPS games will reportedly return to the second World War, and will be called Call of Duty WW2: Vanguard. The game is said to be in development at Sledgehammer, which previously led production of 2017’s Call of Duty: WWII.

This news started with a report from Modern Warzone, stating that Sledgehammer is working on a game with the working title Call of Duty WWII: Vanguard, though the outlet says that name is likely to change. Modern Warzone also reports that some parts of the games will take place in the 1950s, leading to speculation that this would be an alternate history take on WWII, or that there would be connections to the Korean War.

A separate report from Eurogamer backs up many of those details, though there are some differences in the specifics. Eurogamer says that Call of Duty WWII: Vanguard is already planned to be the final title of the game, and that it will be set in a “traditional WWII setting”.

Activision has confirmed in a financial report its plans to release a new Call of Duty in the fourth quarter of 2021, but that’s the only official word so far. Historically, new CoD titles tend to be announced in April or May, so hopefully we won’t have to wait much longer for a proper reveal.