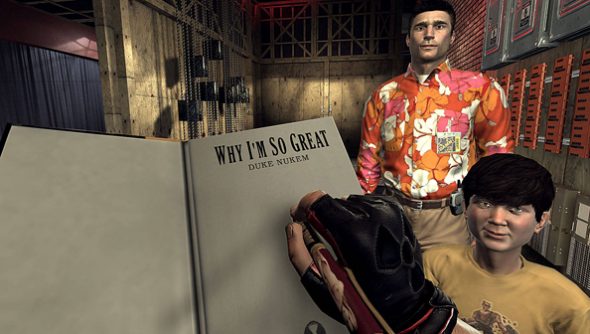 Blimey. Gearbox, the studio that finally brought Duke Nukem Forever to market for good or ill, are being sued by what’s left of original developers 3D Realms. 3D Realms – or Apogee Software Ltd. as they still seem to be known in the legal word – claim Gearbox owe more than $2 million in unpaid royalties and advance payments.

Gearbox’s response? “Everyone wished that 3DR’s game was better received.”

In a breach of contract suit filed in Texas on Friday, 3D Realms claim that Gearbox have failed to hand over all the cash stipulated in the purchase agreement the two companies signed in 2010, when Gearbox bought the rights to Duke Nukem Forever.

What’s more, 3D Realms say Gearbox have blocked an independent audit of the royalties they’ve earned on the game – something the 2010 purchase agreement should prevent them from doing.

“3D Realms has therefore been required to file this lawsuit to enforce the purchase agreement, to recover the amounts due and owing from Gearbox and to enforce the audit right provided by the agreement to enable it to conduct an audit of Gearbox’s royalties,” the complaint reads.

Gearbox yesterday denied the allegations in an astonishingly frank assessment of DNF and its aftermath, however.

“The reality is that 3D Realms received the full benefit of its bargain,” the company told Law360. “Gearbox, in fulfillment of its commitments, enriched 3D Realms, saved 3DR from its debts and rescued 3DR from its failed dozen plus year attempt to ship Duke Nukem Forever.”

“Everyone wished that 3DR’s game was better received by the market for the benefit of gamers and profit to its creators,” Gearbox continued, twisting the knife. “While 3DR might not wish the reality that the results make clear, 3DR turned out to be the only beneficiary of the deal. Gearbox Software, meanwhile, experienced damage to its credibility and loss of its money.”

The 2010 deal saw Gearbox purchase limited rights to future games based on Duke Nukem, says the complaint – not only Duke Nukem Forever, but also something called Duke Begins (presumably an entirely new game Gearbox had planned at the time). 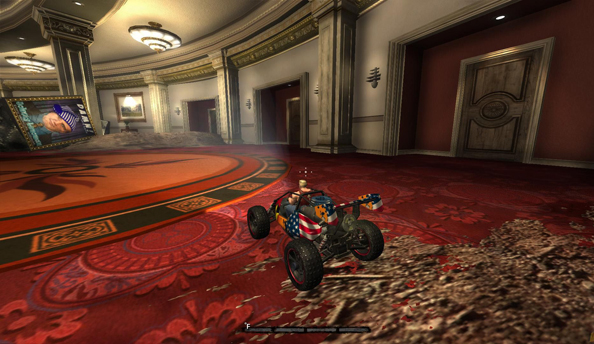 What’s more, Gearbox reportedly agreed to pay the $2.9 million in debt 3D Realms had amassed, as well as a percentage of the royalties on all future Duke Nukem games. It’s here that the heart of the two companies’ disagreement lies.

“Despite the assurance it provided to 3D Realms, Gearbox now claims that it is entitled to first deduct the full amount of the debt it assumed (i.e. the entire $2.9 million Duke Loan) before any royalty payments become due to 3D Realms,” the complaint says. “Thus, Gearbox is turning the tables.”

What happened to the chumminess that characterised Gearbox’s announcement three years ago, then? Well: 3D Realms say that when the deal was made, the company had enjoyed a long-standing relationship with Gearbox president Randy Pitchford.

It was after the dotted lines were signed on that Gearbox allegedly failed to make royalty payments and refused to allow 3D Realms’ independent auditor near the company records. 3D Realms claim that the unpaid royalties add up to a $1.3m loss on the deal.

It’s worth noting that 3D Realms exists now only as a name. The studio itself was shut down in 2009 after twenty years of existence – most of those spent developing Duke Nukem Forever. Bizarrely enough, though, they launched a funding campaign for a post-apocalyptic FPS back in September, via Kickstarter-ish investment platform Gambitious.