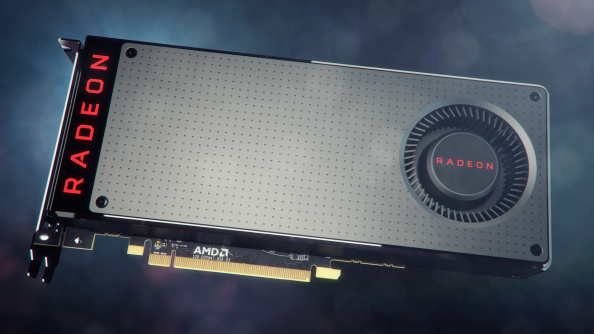 What’s it to be, is the RX 480 the go-to card for the mainstream gamer or will the newly-minted RX 470 be convicted of fratricide?

Want to know how AMD’s newest card stacks up? Check out our verdict on the AMD RX 470, in overclocked Sapphire trim.

When I first saw the AMD RX 480 I was impressed with its all-round package, but despite the relatively low price it wasn’t really offering us anything genuinely new in terms of gaming performance. AMD essentially made a GTX 970-class GPU, shipping for a little bit less of the folding stuff.

At the time of launch though our buddies at AMD informed us that, with a little light overclocking, you’d be able to get almost exactly the same level of gaming performance from the cheaper RX 470 that you’d see from a stock-clocked RX 480.

Now the latest Polaris-based GPU has hit the PCGamesN test bench, does the promise of RX 480 performance ring true? Well, the performance is definitely there within the cut-down Polaris GPU, but it gets pretty toastie…

AMD often release their cards in pairs based on a single GPU and such is the way with Polaris 10. The RX 470 is rocking the exact same GPU, except with four Compute Units (CUs) turned off. That gives its remaining 32 CUs a shader count of 2,048. That’s really not far off the 2,304 that are in the RX 480. It’s also packing the same number of render output units (ROPs) and just a few less texture units – and the whole thing is running across the same 256-bit memory bus as its big brother.

We’ve only had a chance to test the 8GB version of the RX 480 and a slightly overclocked 4GB Sapphire version of the RX 470 so far, but you can get awfully close to the same gaming speeds without much effort. I was expecting the extra 4GB of GDDR5 to come to the fore at the higher resolutions of 1440p and 4K, but it seems to have made surprisingly little difference. When you’re dealing with that number of pixels on-screen it seems that the Polaris 10 GPU itself is the limiting factor. 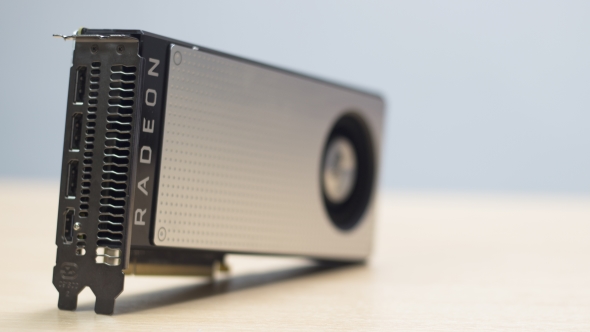 At stock speeds there’s rarely that great a difference between the two cards, with only the Hitman DX 12 and the Doom Vulkan tests showing anything over a 10fps disparity. Generally it’s around a 5fps delta. So when it comes to overclocking the RX 470 you actually do see that slight performance difference practically disappear.

The problem we’ve seen, or rather heard, is that the stock cooler Sapphire have attached to their RX 470 isn’t really up to the rigours of overclocking. I had to run at around 3,500RPM in order to stop the GPU ending up like so much molten slag spilling over our test bench. And at those speeds the single fan blower gets mighty loud; too loud for anyone to be able to comfortably use as standard.

Still, the performance is there. And, with a well-priced, stock-clocked RX 470 with a dual fan array, you could have both the gaming speeds and the chilling chops to make an overclocked RX 470 a better-value option than an AMD RX 480.

Pricing, however, might remain an issue. If the price of a 4GB RX 480 is too close to the RX 470 (as it seems to be looking at pre-order pricing for the former) then it makes a purchase of the lower spec Polaris card a tough call. It’s been a tough call for AMD on that front – they don’t want to cannibalise sales of their more expensive GPU, but also don’t want their second-tier card to be dead on arrival either.

That pricing though will shake out over the coming months, and gives AMD a little wiggle room for the Nvidia competition does launch it’s own sub-$200 Pascal card, the GTX 1050.