So, how did you do it? It’s the question that prefaces every conversation surrounding 2016’s Hitman. The ones who stroll in and lazily pop the target with a bullet to the back of the head are shamed – that’s boring. No, it’s all about finding the most fiendish, the most hilarious and the most unnecessarily elaborate way of knocking off whichever unfortunate soul has made it into 47’s sights. Dropping overly decorative light fixtures on someone’s head? Decent. Flinging them into some mechanical monster prop teeth you’ve made lethal on a movie set? Delightful.  Drowning them in the toilet? Ordinary, but always a classic. It makes you wonder just what goes through the minds of the folks designing each death.

Who does 47 have for company among the greatest games of 2016? Find out.

“I don’t think our game is sadistic, in my mind,” says Hitman creative director Christian Elverdam. “It’s humorous and it’s also dark. It also has an element of playing with what it means to have control over life and death, and sometimes that can be pretty amoral. It’s a balance. Hokkaido is a good example of that, as is Colorado, if you look at what the other levels have been doing to try and play with the formula a bit.”

Even more intricate death traps await in Hokkaido, the sixth and final episode in the first season of Hitman. Here, 47 travels to an obscenely high-tech and offensively high class hospital/rehabilitation centre set within the beauteous snow-peaked mountains of Japan’s northernmost prefecture. Its cherry blossom tree gardens, sushi bar and open-air hot spring are all there for the patients to enjoy. A lovely place, sure, but I see the opportunities for assassinations already whirring around your head. Elverdam explains where some of their ideas come from. 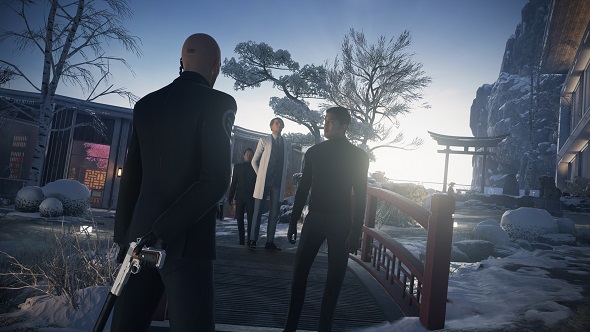 “A lot of the time it starts on paper and we usually have a theme to give us a sense of direction. In the case of Japan you have the high tech facility – this very tight human space inside this natural beauty. We also look at where the story wants to go and what the place needs to feel like. For instance, in Marrakesh, we talked a lot about this feeling of having a civilian location but also a looming military coup. With Paris it was the sophistication of the fashion event and also the chaos of it.

“Whereas, in Hokkaido, it’s a little bit of a different theme. We have [one target] who is immobilised so we probably need someone moving around. We started looking at what’s in the building for something that’s darkly humorous and very practical. So, there’s a spa, what do you have in a spa? You have a sauna! Could you die in a sauna? And then we have this vista, what could we do with that? It just continues expanding from there. We have a hospital so there’s going to be a morgue. What could we have going on down there? I won’t spoil too much but there’s stuff in there too. We’ve also tried to fit in a couple of expert ideas and a season end is not a bad place for that.”

Hokkaido is a strong finish for the season too. IO has played heavily into the advanced tech that runs the facility in one of the level’s more unique HAL-inspired twists and also by embedding microchips into everyone’s clothing which controls access to different areas. Finding the right disguise is now more important than ever.

What stands out the most is that it’s an incredibly compact but very dense level compared to some of the more open and wider spaces from earlier in the series. Once you get past the flashy facade of free foot rubs and nigiri and into heart of the hospital, the atmosphere changes – the welcoming exterior fading away to reveal something more sinister. You’ll also uncover at least one more of 47’s surprise hidden skills to go alongside masseur, model and rock drummer. IO once again find a way to make you laugh out loud at some of the stone-cold brutal acts of murder you’ve committed. 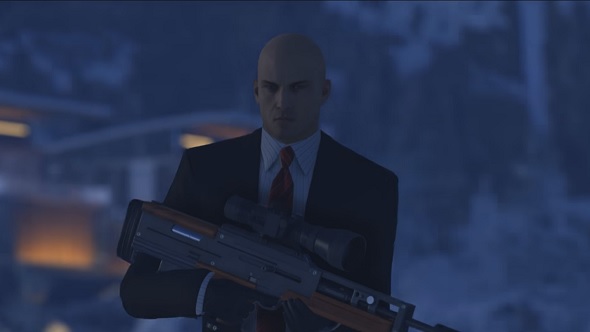 So as an overall series Hitman has undoubtedly been one of this year’s roaring successes, but things didn’t start out this way. The mediocre-at-best Absolution, followed by the announcement that the new Hitman would try the episodic format had many concerned. Looking at the game now, however, you wonder why anyone was worried. It worked.

“Yes,” Elverdam happily agrees. “This whole idea of changing how you think about what a Hitman level is was really fundamental. I’m super happy that we’ve managed to convince people who were sceptical of the game. Going episodic has really helped us because a lot of people now give us feedback and talk about the game after they’ve played it. We see that they actually played through a lot of different opportunities, challenges and found everything in the levels.

“Secondly, we actually managed to come out with the beats as we promised. It’s not like four months and then six months and then two months where people don’t know what to expect, but it’s actually felt like a cohesive season which I think is important when we do it like this.” 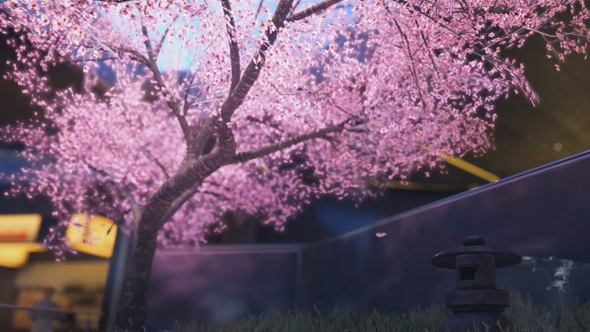 That unusual and regular release schedule makes Hitman feel like it’s been in the gaming consciousness all year round. Not only have we been telling stories of our best kills and Silent Assassin runs, but also about live game modes Elusive Target and Escalation Contracts. The former of the two has proven to be a huge success as a tense and compelling diversion in which you’re given one chance to take out a target during a brief time window. When it’s gone, it’s gone.

“We said: what if you have no repeats and what if you can never do it again?” says Elverdam. “Then it becomes a moment in time, and I think it’s great to see how people respond to that just knowing they will only play this once. When I played the first Elusive Target as it went live, I’d obviously already played it many times before because that’s what we do, right, but even playing it for the first time on live I was like…’I can’t fuck this up. I’m just at home by myself and I’ve got sweaty palms and everything’. I didn’t even manage to do Silent Assassin because after I killed him I walked in front of a security camera. I was like, ‘I know this level in and out and I still managed to fuck it up!’

“I think some people were obviously provoked by this, because it is provoking, but I like that it provokes you to think and adopt a different mindset. I also think that if the classic sandbox is one assassin fantasy, I’m so proud that we’ve found something that is also a very relevant but a very different fantasy where I have to pace myself, watch my surroundings and feel the tension when going for the kill.”

Although season one ends with Hokkaido, the live game modes will continue rolling regardless, introducing more new targets in more heart-pounding one-shot scenarios. Elverdam is quick to tease what’s in store. 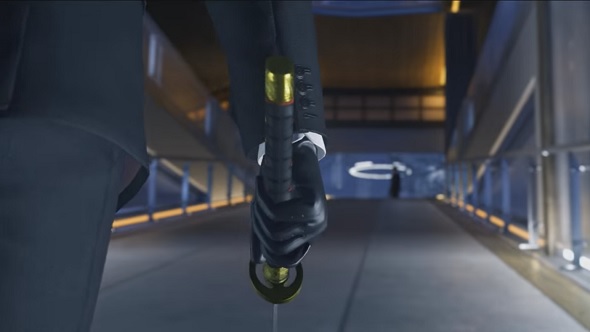 “It’s super exciting. I know from the targets that are coming up that we’ve learnt a lot about what works and what doesn’t work. There are not a lot of games that can do something that creates such a potent moment. We have ideas for some of the next targets coming up which will play around with it even more.”

And then what? The complete collection releases on a single disc in January of next year, but however presumptuous it may sound, surely a second season is all but guaranteed at this point?

“Well, as I talked about when we announced the game at E3 I said how our mindset was seasons,” Elverdam affirms. “Our mindset was building characters and story arcs that can close like in a TV series, but then we can also open some new doors. I think you can see that is in there. Exactly what’s happening…I’m afraid we can’t really talk about!”

For now, then, it’s back to visiting Paris, Sapienza, Marrakesh, Bangkok, Colorado and Hokkaido. Back to hiding bodies in closets, shoving heads down toilets and exploiting curious guards so easily distracted by the sound of spare change. We finally got our follow up to Blood Money: a glorious and darkly comic assassination puzzle box that’s been a hell of a trip for 47. Same time next year?