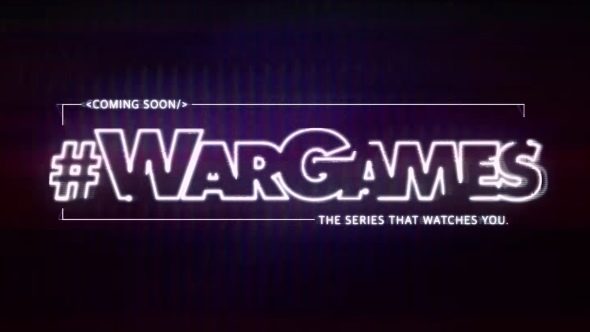 Perhaps it’s the fact that everyone’s got a halfway decent video camera in their pocket, or that decently compressed video is easy enough to shift around the internet now, but we’ve seen a bizarre resurgence in FMV games lately. Among the highest rated is Her Story, a murder-mystery that has you trawling through interview fragments to discover the truth behind a killing.

2018 is uncharted territory. #Wargames is just the tip of a very strange iceberg – keep an eye on our list of games to watch going into the new year.

Billing itself as ‘The series that watches you’, we don’t know a huge amount more than we see in the mysterious trailer above. Young hackers up to no good, stories lifted straight from the headlines and the iconic ‘Would you like to play a game?’ voice, delivered in robotic monotone. Oh, and that the title is ‘#Wargames‘. Emphasis on the hashtag, which is going to make talking bout it on Twitter a real bear.

It’s going to be interesting to see how Barlow and crew adapt the story of a rogue AI into a modern context, especially in the light of TV and real news today. It’s not often we go without a story of another high-profile hacking, and just earlier this week, Google’s new AI framework went and taught itself Chess in four hours, becoming the world’s greatest master of the ancient game.

Just recently we’ve had the likes of Mr Robot shifting genre into what I can only describe as ‘low cyberpunk, plus several seasons of Black Mirror to chew on. With people’s minds already full of the immediate future of AI, hacking and espionage, clunky writing is going to stand out, so any attempt at this subject matter is going to have to be delivered with a deft hand. Good luck, Mr Barlow. You’ve set yourself a pretty lofty goal to hit.