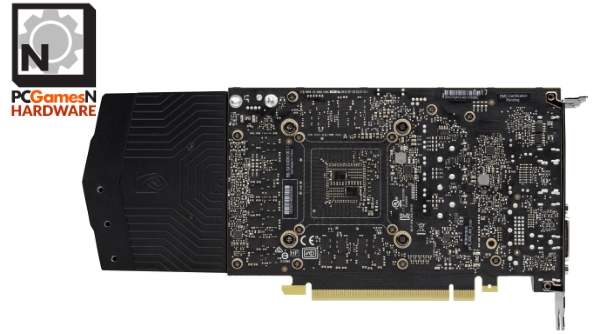 Update August 19, 2016: So the 3GB GTX 1060 is out now. Except it kinda isn’t. Nvidia seemingly pulled the trigger on it yesterday, catching the board partners – and retailers – on the hop.

Check out our full, in-depth review of the Nvidia GTX 1060.

There are a couple of options available via Newegg and Amazon in the US, ranging between $200 and $285 (hint: don’t buy a 3GB GPU for nigh-on three hundred bucks. Pro tip, right there) and a whole host of options available for pre-order at UK retailers. We’ve seen prices as low as £189 for the cut-down version of the GTX 1060. We’ve been told by some board partners to expect physical cards to be available in one to two weeks.

The release confirms the cut in CUDA core count for the 3GB card compared with the standard 6GB version, but they’re otherwise identical, with the same base and boost clockspeeds.

What do you think? Is it worth spending this much cash on a new GPU with only 3GB of video memory right now? 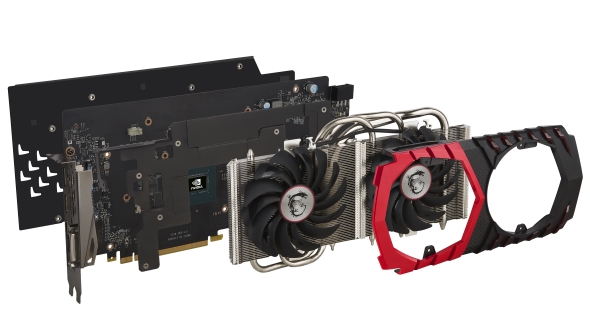 Update August 15, 2016:Nvidia have officially unveiled the 3GB version of the GTX 1060 at an event in Asia, confirming the rumours of a half-capacity card, with a slightly cut-down GP106 GPU.

A report by IT Home has images from the event clearly showing two different versions of the mainstream Pascal card, specifically highlighting the different memory configurations. The images also show the disparity between the two card’s CUDA core count.

The 6GB GTX 1060 comes with a full 1,280 cores in its version of the GP106 GPU, while the 3GB iteration comes with 1,152 cores. That means one full streaming microprocessor (SM) has been chopped out of the newer GPU design. Not only will we be getting weaker performance because of the cut down memory capacity, but the cut-down core will hold it back in-game too.

It’s possible the decision has been taken in order to make sure those who really want the performance will buy the higher capacity card no matter what, but it still feels like a very strange move releasing two cards with the same name and yet different GPUs. If the 6GB card had come out as the GTX 1060 Ti it would make more sense, though Nvidia could choose to bring back the old LE suffix to help differentiate the two versions.

The lower-spec card is reportedly set for release before the end of the year, with Chinese pricing set at 1,499 Yuan. A direct conversion would put that at $225 (£175), which gives us a ballpark figure for the cheaper Pascal card.

Personally, I’m still holding out for news about the GTX 1050. That’s potentially a far more interesting card than a half-capacity GTX 1060.

Original story July 19, 2016: The Nvidia GTX 1060 has officially launched, promising mainstream pricing with the performance of a GTX 980. Here’s everything you need to know about the latest GeForce card.

We’ve tested, overclocked and tested again, and the GTX 1060 is just a hair’s breadth away from the performance of our heavily-overclocked Palit GTX 980 card, which is seriously impressive for a GPU that’s around half the size and nearly half the price.

It also outperforms the competing AMD RX 480 in nearly all our tests, bar the AMD-favouring Hitman DirectX 12 benchmark.

Nvidia have availability in 238 countries from July 19, and that covers both the limited release GTX 1060 Founders Edition as well as custom boards from a host of different card partners.

The initial expectations were that Nvidia would be releasing their mid-range Pascal later in the summer, with an August release most likely, though a September launch, like the GTX 980 and 970 wouldn’t have been out of the question either.

AMD ought to be a little flattered if it’s true that Nvidia has brought the release of the GTX 1060 forward – the performance and pricing of the Radeon RX 480 could well have forced the green team’s hand in this. 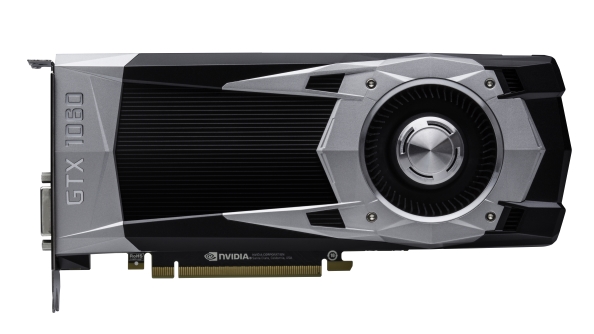 There does need a caveat attached to that, however, as Nvidia is going with the Founders Edition again as its reference model, and that’s going to retail for $299.

With the reference, Founders Edition card, starting out at $299 (£279) it’s unlikely that its graphics card partners are going to be up for selling their overclocked versions, with third-party coolers, for anything under that price.

Nvidia have assured us though there are stock-clocked versions coming from their board partners at that base MSRP and at that price the GTX 1060 is a fantastic option. Zotac are also releasing a mini version of the GTX 1060 for the small form factor crowd, using the card’s small PCB footprint to create an impressively diminutive pixel pusher. Even better, they’ve told us that it’s also going to be released at that base price tag. 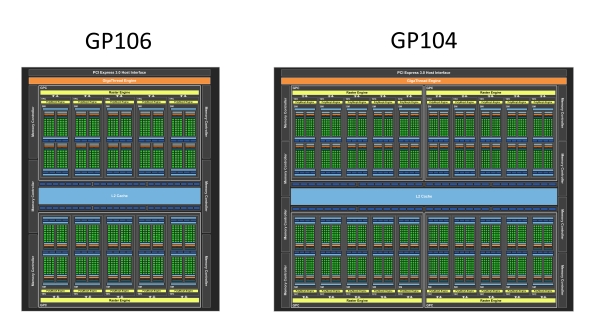 The GP106 GPU in the GTX 1060 comes with the full core count of 1,280 CUDA cores, running on the same 16nm FinFET architecture that has made the previous Pascal-based cards such performance beasts.

It follows the same design of the GP104 meaning the GTX 1060’s GPU is made of a pair of Graphics Processing Clusters (GPC) with 640 cores in each and potentially 32 Render Output Units (ROPs).

The GTX 1060 is running on a 192-bit memory bus and the initial cards will all come with a full 6GB of video memory, running at 8Gbps.

I say the initial cards as the rumours of a later 3GB version of the GTX 1060 seem to be true – against all sense. Nvidia haven’t announced anything themselves, only launching with the 6GB versions, but we’ve heard from manufacturers that there will be 3GB versions of the GTX 1060 following in the next month or two.

The GTX 1060 is also making good with the efficiency claims that have followed all the Pascal-based cards so far. It’s running with a 120W TDP, putting it significantly below the competing AMD RX 480 and also beneath the 165W of the GTX 980 that Nvidia it matches up to in gaming performance. 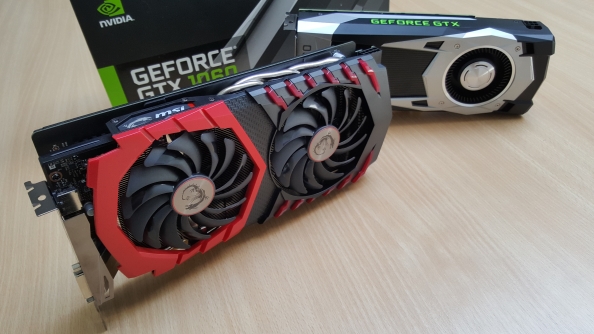 Sadly there will be no SLI capabilities for these new mid-rangers. With the performance of these cards Nvidia aren’t going to want anyone building a GTX 1080-beating rig with a pair of GTX 1060s for $100 less. Nvidia though are saying they’ve removed the functionality from the GTX 1060 as nobody would really want to SLI a pair of mid-range cards, they only want to pair up the high-end ones.

Personally I would always recommend installing a single GPU over an oft-awkward multi-GPU setup if you can possibly help it, but at least they could give us the choice though, eh?

The rumour mill grinds on and there have been fresh reports about the design of a potential 3GB version of the GTX 1060, and conflicting ones about the half-pint card’s demise.

Since the first reports dropped about the upcoming GTX 1060 there has been a persistent rumour that Nvidia would be creating both a 6GB and a 3GB version of their first mainstream Pascal card. On the face of it you’d be forgiven for thinking the rumour was purely a result of the split run of AMD RX 480 cards, with 4GB and 8GB respectively. But we’ve heard from some of Nvidia’s manufacturing partners they are on track to release 3GB GTX 1060s, possibly in August.

Benchlife seem to confirm this, and even claim to have a breakdown of the 3GB card’s GPU. Their reports states the GP106 chip in the 3GB variant will have a single streaming microprocessor lopped off, to deliver 1,152 CUDA cores compared with the full 1,280 in the card on its way July 19. 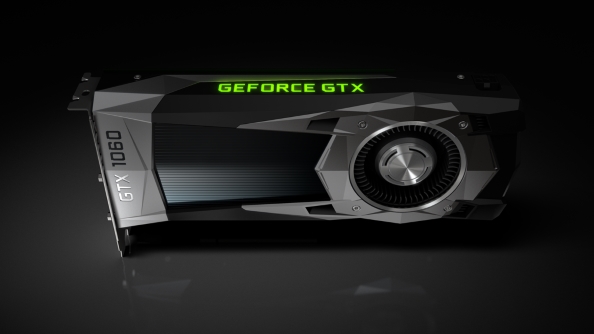 So, it all sounds official, right?

Tweaktown, however, claim to have spoken to ‘an industry insider’ who reckons Nvidia have nixxed the 3GB version completely. Their report states it will instead be sold as a GTX 1050.

Neither of those reports really tally up though. A GTX 1050 wouldn’t arrive with only a few CUDA cores cut out. With the Pascal architecture’s overclocking headroom that card could be pushed to the point where it could get mighty close to the straightline performance of a stock-clocked 6GB GTX 1060.

So we’re none the wiser, though we have to admit creating a 3GB version makes little sense when the cheaper RX 480 has 4GB as a minimum.

Even with the 6GB card released we still aren’t any the wiser and Nvidia aren’t going to comment on unreleased products until they want to make a splash.