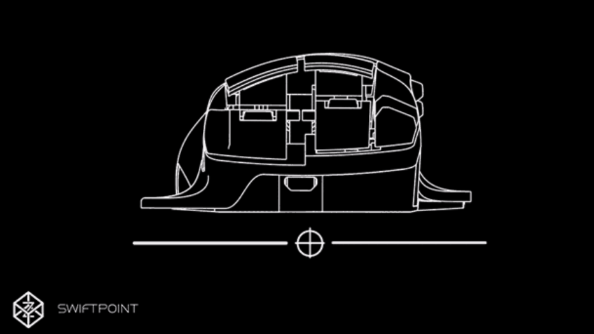 It might well be the most advanced, but can it stack up to our pick for the best gaming mouse?

After hitting 40% of their target in just 24 hours, the Swiftpoint mouse project has absolutely smashed their target, paving the way for their second crowd-funded mouse to become a reality.

“We are totally committed to delivering to you the most intuitively functional mouse ever built,” an update on the Kickstarter project reads, “with the highest standard build quality that the owners of our last device have come to rightfully expect.”

It’s rocking the same Pixart optical sensor as in the Logitech G900 Chaos Spectrum, but promises even more than that, with a whole host of other input sensors to deliver a potentially ultra-versatile gaming rodent.

Original story June 28, 2016:Tilt, click, pivot, swing it round your head like a frickin’ flail, the Z mouse reckons it’s got all your gaming inputs covered.

Whenever a new gaming mouse comes out it’s pretty much always tagged as the ‘most advanced gaming mouse ever made’ and, true to form, the Swiftpoint The Z mouse is espousing that particular epithet in full.

Though when I say ‘comes out’ I’m perhaps being a touch premature as this is another of them there Kickstarter projects. You know, those things where you get to pretend like you’re investing in something, while generally just depositing a chunk of cash down a vapourware black hole…

Except Swiftpoint do have form for delivering on the often ephemeral promise of Kickstarter, having already kicked, backed and released their own weird micro-mouse, the Swiftpoint GT.

The Z looks like a hybrid between the original RAT 7 and the quite awesome Logitech G9, only with more buttons than any rodent has a right to. Obvs, there’s the standard left and right buttons, but each of those has another two set above them – one a fingertip touch and another as a ‘trigger’ button. 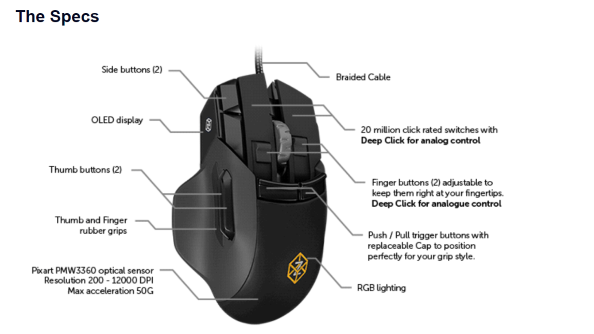 It looks to have also taken something out of Apple’s touchy-feely vocabulary and enables you to register three levels of force to both the main left and right mouse buttons, with tactile feedback. These can be assigned to any function too; with examples given of clicking and holding the RMB to bring up the scope in an FPS, pressing firmer to zoom in, then going neanderthal and crushing the button even more to hold your avatar’s breath for optimal sniperisming.

Swiftpoint has also built an accelerometer and gyroscope into The Z to allow for more than just the standard lateral movement of a gaming mouse. Tilting the mouse itself to the right or left – to varying degrees – can allow you to lean in and out of cover, for example. The Z also includes a pivot function, creating inputs independent of the mouse’s Pixart optical laser sensor. 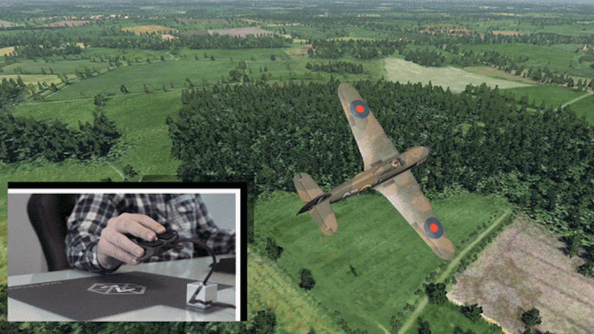 And if you want to get real crazy you can lift the whole thing off your desk and wave it in the air like you just don’t…know how to use a gamepad’s analogue sticks.

So yeah, it’s pretty advanced. But quite how much any of us would really bother using those extra tilt-y, pivot-y functions I’m not really sure. It would take a whole lot of practice to get good with it.

And it ain’t going to come cheap either. Even the most affordable tier on its 22%-backed Kickstarter page is some $139, making the expected final MSRP $229…or the price of a new mainstream DirectX 12 graphics card.