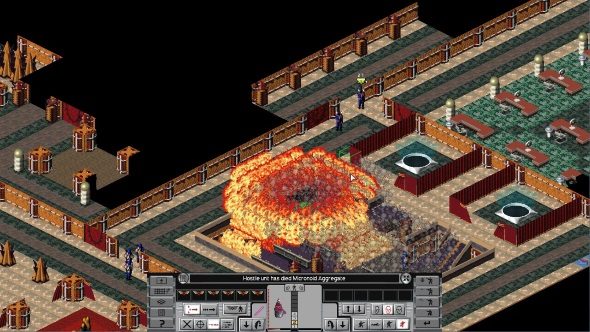 The third game in the classic X-Com series, Apocalypse, was a strange duck. A hybrid of real-time and turn-based combat, a setting more reminiscent of Judge Dredd than The X-Files and a bundle of ambitious gameplay systems that never quite worked in practice, such as rival human NPC factions with their own agendas.

It was always a game that seemed to work better on paper than in practice, but now there’s hope that Apocalypse might some day live up to the promise of its lofty design, as the first public version of OpenApoc – a fan-made source port and foundation for future mod development – has been released.

While you wait on OpenApoc, here’s 15 of the best strategy games available now, modern XCom included.

As you can see from the video above, it’s still relatively early days for OpenApoc, although most of the foundation seems present and correct, including the cityscape map, direct control of your fleet of aerial vehicles and basic tactical level AI. While nowhere near the point required to play a full campaign, it’s great to see the game – originally a DOS title – running in a modern Windows environment.

If nothing goes terribly wrong and the project continues as planned, OpenApoc will initially offer a way to play the original Apocalypse as it was released, minus a few technical tweaks like a move to an official widescreen interface. As it matures, mod support will become more prevalent and ideally offer as much customisation as predecessor project OpenXCom.

Outside of fan-works, original X-Com designer Julian Gollop is hard at work on Phoenix Point, a new strategy/tactics fame firmly in the vein of the classic series, and even features a return of some key Apocalypse features, such as NPC factions with their own agendas, potentially working alongside or against you. You can see him talking about the evolution of the series and genre on-stage at EGX here.

You can pick up the original X-Com Apocalypse on Steam for £3/$5, and find the latest build of OpenApoc on the project forums here, along with an installation guide.