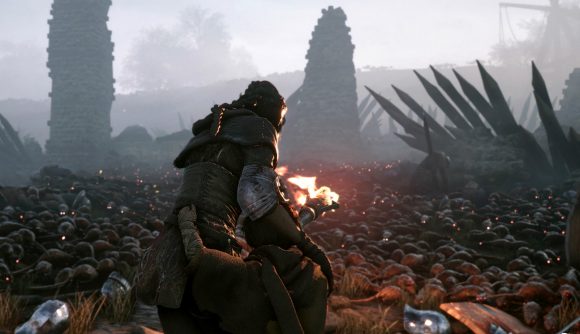 A Plague Tale: Innocence is shaping up to be one of the most interesting games due out in 2019, and this 16 minute gameplay reveal of the upcoming game shows exactly: atmosphere, tension, and puzzle mechanics involving death by thousands upon thousands of rats.

This demo was originally shown off to journalists at E3 2017 as part of a behind-closed-doors demo, but has now been released in full by publisher Focus Home Interactive. It sees protagonist Amicia, her young brother Hugo, and a third child names Lucas attempting to cross the site of a bloody battle between the armies of France and England.

The trio have to to avoid detection from soldiers and swarms of rats, using torches to keep the rodents at bay and finding ways to direct the festering mass of teeth and whiskers towards any soldiers in their way. Throughout the demo we see a few of the puzzle-solving mechanics we’ll playing with, like using a slingshot to know the torch out of a soldier’s hands, thus making him vulnerable to the horde of rats, or cutting down a hanging corpse to distract a swarm.

You can watch the gameplay in all of its disease-ridden glory below. 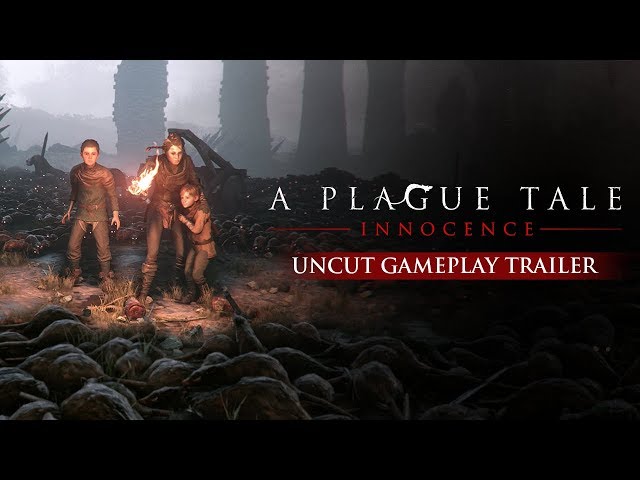 The demo culminates with a horrifying standoff between Amicia and a stranded survivor, where she must push a swarm of rats towards the trapped man in order to get herself, Hugo, and Lucas to safety.

The graphics are very impressive for a non-triple-A title, and the sense of tension and dread are palpable from start to finish. Hopefully, developer Asobo Studios can deliver on the promise of this demo when the full game releases next year.