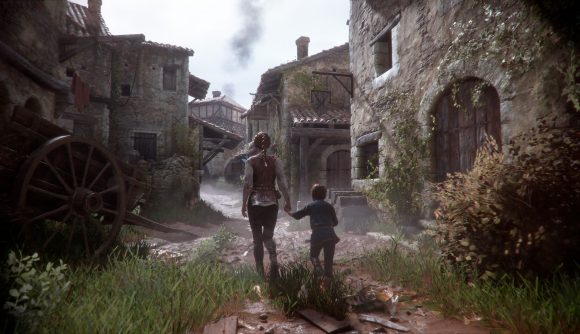 I think it’s safe to say that so far, Xbox Game Pass has been a win – especially for PC players. Lots of great games for a reasonable amount can only be a good thing, and there are four more great games are being added to the roster.

The awesome games coming to the Game Pass soon are Gris, A Plague Tale: Innocence, ScourgeBringer, and Sea Salt – what a bunch eh? We don’t know the exact date they’re arriving, but we know it’s soon, so if you haven’t already played them, it’ll be a good time to try them out.

Gris is a beautiful indie experience, where you play a girl who’s trying to find her voice again, after losing everything. A Plague Tale: Innocence is an action-adventure horror stealth game, with a focus on original storytelling and, well, here’s our review. ScourgeBringer is another one of those brilliant indie roguelikes popping up everywhere, while Sea Salt is a dark fantasy horror game in which you are the bad guy.

All these games sound very exciting and look like great additions to the pass. If you haven’t already got the Xbox Game Pass, you can try it out for $1 (£1) for three months here. If that’s not a bargain, I’m not sure what is.