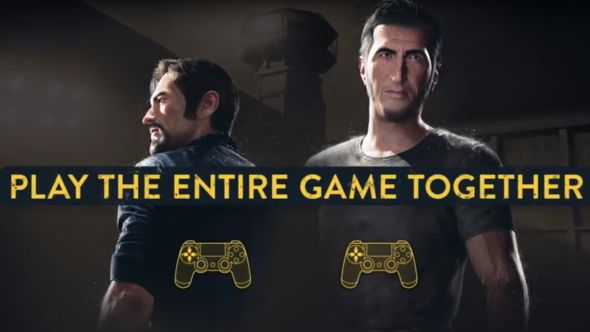 Players will only require one copy of co-op prison break adventure A Way Out if they want to play online with a friend. The ‘friends pass free trial’ means that two players can play the game in full, even if only one of them owns it.

For couch co-op games, that’s something you’d expect, but not many games do the same with online multiplayer, and many games would require both players to own the full version in order to play together online. In A Way Out, however, if one player owns the full version, all the other needs to do is download the free trial, at which point they can be invited to play the rest of the game alongside their friend.

The ‘Friends Join for Free’ trailer for A Way Out was exhibited at The Game Awards, where it’s creator, Josef Fares, went on a bit of a rant about the Oscars and EA, which you’ve probably seen. Not content with that level of publicity, however, Fares tweeted to announce that “if you wanna play A Way Out with your friend online, you only buy one copy.”

If you wanna play #AWayOut with your friend online, you only buy one copy. #FuckBuyingTwoCopies

A Way Out is die for release on March 23. You can watch its latest trailer above.