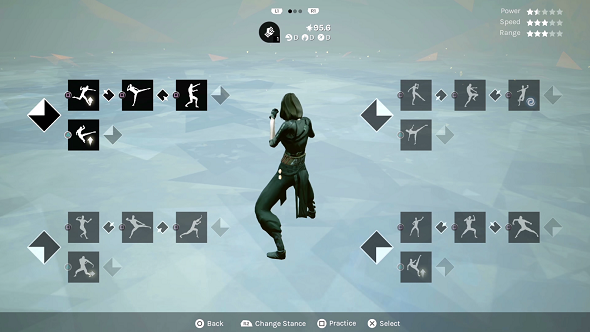 Absolver, the excellent-looking 3D brawler from Sloclap, is releasing on August 29. Publishers Devolver Digital announced the release date today, along with a new trailer showing off the move creation suite, dubbed the Combat Deck.

Keep an eye on our upcoming PC games list if you don’t want to get sucker-punched.

The Combat Deck allows you to choose from a large selection of techniques and place them in a combo sequence. There are four sequences in total – one for each stance – and your character can flow between them freely.

Each of the four stances is based on your orientation to the enemy, so you will move between them naturally based on positioning.

You’re completely free to customise your moveset, but everyone starts out with a baseline fighting style and there are three of them to choose from:

After you create your character from the three starting classes, you wander out into the world and battle NPCs and other players, sometimes learning new techniques as you fight. You can even get another player to be your sensei and train with you, learning their moves as you spar together.

It looks fantastic, as you can see in the lovely new trailer above. You too can get punched in the face hundreds of different ways on August 29.