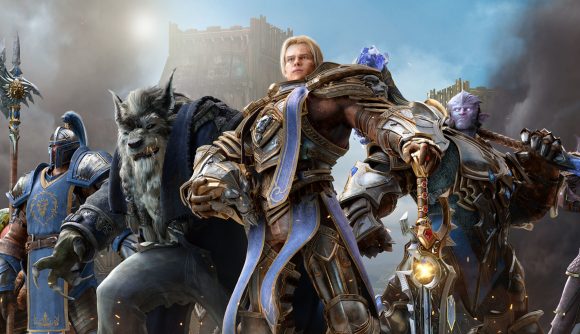 Activision Blizzard has announced the appointment of Kristen Hines as its chief diversity, equity, and inclusion officer, starting Monday, April 25. Hines previously worked at Accenture, a consulting company where she helped a number of companies expand their DEI initiatives. She’ll be part of the senior leadership team, and will report to chief people officer Julie Hodges.

“I’m excited to join a company that is prioritising its commitment to DEI and making progress on the ambitious goals it has set for itself,” Hines says in a press release. “In an industry with historical underrepresentation, I’m looking forward to leading the company’s efforts to further build a workplace that values transparency, equity, and inclusivity.”

Hines’ role will see her working on Activision Blizzard ongoing diversity initiatives, including the company’s promise to increase the percentage of women and non-binary people in the work force by 50% over the next five years. As the press release explains, she “will also partner across all gaming teams to ensure diverse and inclusive perspectives are included in game design, including storylines, character development, gameplay and community interaction.”

“Activision Blizzard has ambitious goals to become the most welcoming and inclusive company in the gaming industry,” CEO Bobby Kotick says in the press release. “We have already made significant progress ensuring the safety and well-being of our employees, and we are excited to have Kristen join our leadership team to help drive even greater improvement.”

Activision Blizzard announced last week that 1,100 temporary QA workers would be made full-time alongside raises for the role, as pressure from employee groups continues. However, the company quickly revealed that QA workers at Raven Software, many of who are working to unionise, will not receive the same raises.