Activision Blizzard is facing a lawsuit filed in July by the state of California (since expanded for QA and customer service contractors) alleging years of discrimination and harassment. In the immediate aftermath, the company called the lawsuit “irresponsible behaviour from unaccountable state bureaucrats that are driving many of the state’s best businesses out of California”. Since then, CEO Bobby Kotick has called the company’s initial response “tone deaf”, employees staged a walkout, Blizzard president J Allen Brack left, and the ABK Workers Alliance demanded change at the company. The story, and subsequent events related to it, continue to be immensely important, and to reverberate throughout the game industry. This article outlines the key events so far, and we’ll keep updating it with further developments.

In September, an agency of the US federal government opened an investigation into Activision Blizzard’s response to sexual misconduct and discrimination complaints from its employees, as part of which Kotick has reportedly been subpoenaed. The company is also facing a separate unfair labour practice suit alleging “worker intimidation and union busting” filed by a workers’ union, also in September.

In another, separate development, Activision Blizzard reached an agreement with the United States Equal Employment Opportunity Commission “to settle claims and to further strengthen policies and programs to prevent harassment and discrimination”. In a subsequent letter to employees, the company has announced an end to forced arbitration, a $250 million initiative to improve diversity, and a major pay cut for Kotick.

A new report published in November now alleges Bobby Kotick knew about and suppressed reports of sexual misconduct. Kotick has responded with an official statement saying the Wall Street Journal’s article “paints an inaccurate and misleading view of our company, of me personally, and my leadership.” In reply, Activision Blizzard’s board of directors declared it “remains confident” in Kotick’s leadership.

Senior Xbox, PlayStation, and Nintendo figures, however, have expressed concern over what’s been raised in the report, with head of Xbox Phil Spencer telling staff that the company is “evaluating all aspects” of its relationship with Activision Blizzard and making “ongoing proactive adjustments” (via Bloomberg and Fanbyte).

More than 1,700 Activision Blizzard staff have also subsequently signed a petition calling for Kotick’s resignation, though the Wall Street Journal reports that the CEO has told senior management that he’d only consider quitting if he can’t fix workplace issues “with speed”. 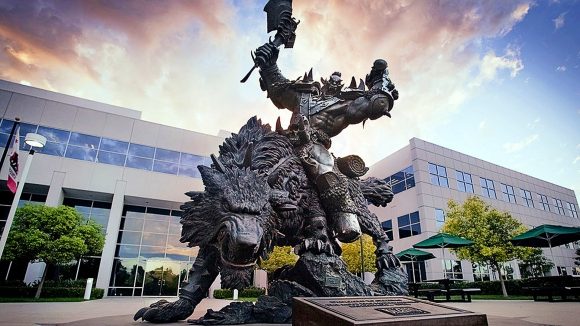 In December, The Game Awards host Geoff Keighley confirmed that, beyond its nominations, Activision Blizzard would not be taking part in the show. “The Game Awards is a time of celebration for this industry, the biggest form of entertainment in the world,” he said at the time. “There is no place for abuse, harassment, or predatory practices in any company or any community.”

Separately, a group of employees at Raven Software – a wholly owned Activision subsidiary – staged a walkout after management reportedly told 12 game testers that their contracts wouldn’t be made permanent. We reached out to Activision Blizzard on this and received the following response: “Activision Publishing is growing its overall investment in its development and operations resources. We are converting approximately 500 temporary workers to full-time employees in the coming months. Unfortunately, as part of this change, we also have notified 20 temporary workers across studios that their contracts would not be extended.” 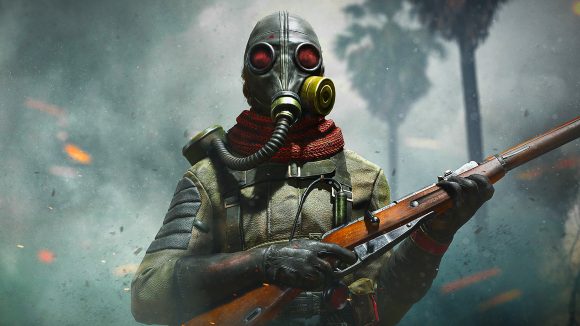 As shared by employee-led group A Better ABK, QA staff from Treyarch and Blizzard have hosted their own walkouts in solidarity.

As of December 9, 2021, Activision Blizzard employees have begun launching a bid for unionisation, with the ABK Workers Alliance announcing new strike action and a supporting strike fund with a target of $1 million. “Today, the ABK Worker’s Alliance announces the initiation of its strike,” the group stated on Twitter. “We encourage our peers in the game industry to stand with us in creating lasting change.”

Treyarch staff also came together to release a statement that pledges to provide a “safe, diverse, and inclusive working environment”. That came in the wake of co-studio head Dan Bunting leaving the company, following the Wall Street Journal’s November 16 report in which it was alleged that he sexually harassed an employee in 2017 (note: that report cites undisclosed sources which PCGamesN has been unable to independently verify). Bunting’s representatives have since told GameIndustry.biz that his departure was allegedly “the result of unlawful actions by Activision Blizzard” and unrelated to the allegations. Activision Blizzard didn’t have a comment to offer when we reached out on this. The statement from Treyarch staff was shared to Twitter on December 21, with several Treyarch employees then confirming that it was them who pushed for its release.