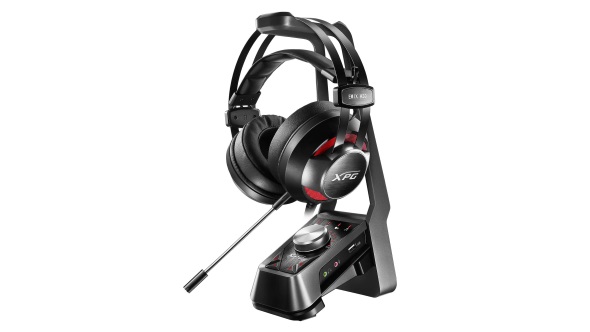 Adata have a long history in solid-state drives and system memory, but their gamer focused wing, XPG, have another target in their sights – gaming audio. The Emix H30 headset and Solox F30 amp represent XPG’s first venture into a complete audio solution for gamers. But with a price tag of $200 (£189), they are facing tough competition from the old-school audio masters.

Looking for the best gaming headset around? Look no further.

The XPG Emix H30 is fitted with 53mm drivers – a popular choice among gamer headsets. These giant drivers make for great marketing, although don’t always deliver on the goods when it comes to actual audio quality… unfortunately the Emix H30 doesn’t buck this trend. The audio isn’t poor, but for such a high-cost headset, it leaves a lot to be desired. With a frequency range of just 20Hz – 20,000Hz, it seems marketing has yet again trumped over the nitty gritty specs that actually do make for great audio.

Outside of Astro and Turtle Beach, headset and amp bundles have yet to be aggressively targeted towards gamers, but despite its gamer leanings the Solox F30 amp misses the mark. The amp features a useful passthrough speaker and some added functionality, however, the plastic-finished product is bordering on gimmicky. The amp offers no discernable increase in audio quality, and paired with the weak frequency range of the headset, essentially renders the amplifier as just an excessive volume dial – which other manufacturers generally build right into the headphones themselves. 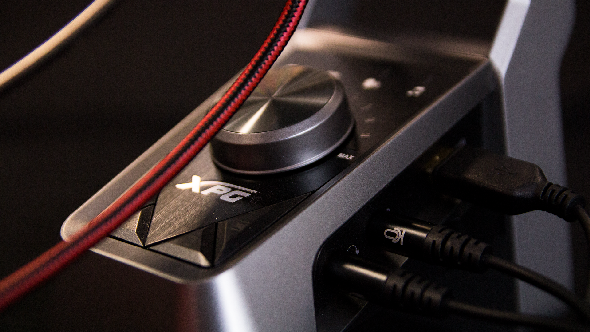 The included headset stand features a clean and simple design, yet with cables spouting from either side of the included amp and stand once connected, this smart style quickly dissipates. The noise-cancelling headset mic is removeable, yet with nowhere to store it on the stand, it adds yet more clutter into the equation.

While the amp and stand offer some degree of utility, it all comes at a cost. It’s no secret that we rate the HyperX Cloud Alpha gaming headset in quite high esteem. HyperX have, yet again, delivered a product that has struck a blow to the idea that high-end audio needs to be prohibitively expensive. Adata’s first attempt at audio doesn’t manage to offer the same level of quality – in either build or audio – at nearly double the price of the $100 / £93 HyperX set. 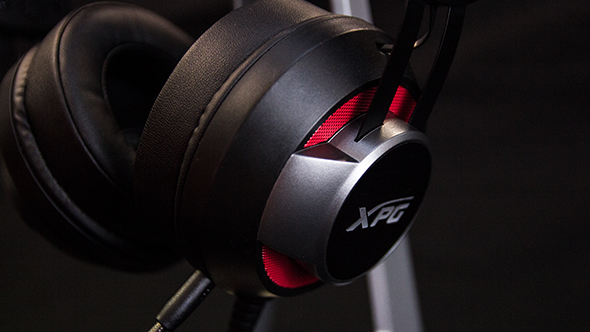 The Emix H30 headset is not a strong enough product alone to justify the majority of that whopping $200 (£189) price tag, leaving the headset stand and amp to soak up the rest of the cost – and they just aren’t worth the premium. Picking up any widely recommended headset with that budget today, and saving on the amp purchase till later, leaves you with a much stronger audio setup in the long run than going all in on the XPG. Creative and Sennheiser both offer gamer-focused amps, the G5 and GSX 1000 respectively. For close to that price tag, even a quality sound card is up for grabs.

The XPG Emix H30 and Solox F30 offers some extra functionality thanks to the included amp and stand, but the novelty of these extras quickly wears thin. The headset alone delivers nowhere near the level of audio fidelity of other products in its price bracket, such as the HyperX Cloud Alpha or Sennheiser Game One. Gaming audio is serious business nowadays, and unfortunately for Adata’s first venture into the audio arena, their headset doesn’t have the guts to compete with these well-established foes.