The world of high-performance SSDs is a tough one. With the Samsung technological behemoth pumping out newer, faster, more reliable solid state drives every year, while still keeping prices at a reasonable level, it’s incredibly hard for anyone else to compete. But that’s not going to stop Adata from trying, and its XPG SX6000 Pro is a decent stab at getting an affordable, relatively capacious NVMe SSD into the market, all while undercutting the big-time competition.

Adata is an old hand at memory devices, having been messing around with DRAM, USB sticks, and SSDs since the silicon dark ages. But it’s never been a particularly stand-out brand. In recent times, however, Adata has been working hard to change that, trying to offer high-end storage tech but without the high-end price point. With the SX6000 Pro Adata has delivered on that promise, bringing us an NVMe SSD that tops its previous versions while still retailing for around $100.

But still the spectre of Samsung remains, so can Adata’s SX6000 Pro really offer a worthwhile alternative, or does the 970 EVO’s extra performance justify its higher price tag?

The XPG SX6000 Pro is using an updated Realtek memory controller compared with the version used in the older SX6000 drives. That ‘Pro’ suffix is a very important distinction as the performance delta between the two SSDs is pretty sizeable. The more modern Realtek RTS5763DL controller offers higher performance, making better use of that NVMe 1.3 interface.

Read more: These are the best SSDs around right now

But the SX6000 Pro also utilises the full PCIe 3.0 x4 socket too, where the straight SX6000 only operates across a x2 connection.

There is also a potential difference in the actual NAND Flash memory the two drives are using as well. The Pro comes with 64-layer 3D TLC memory, while the SX6000 only has the older 32-layer 3D TLC NAND. Though Adata doesn’t publicise whose memory it’s using the speculation is that it’s Micron’s NAND Flash being used to make up the storage of both the Adata drives. 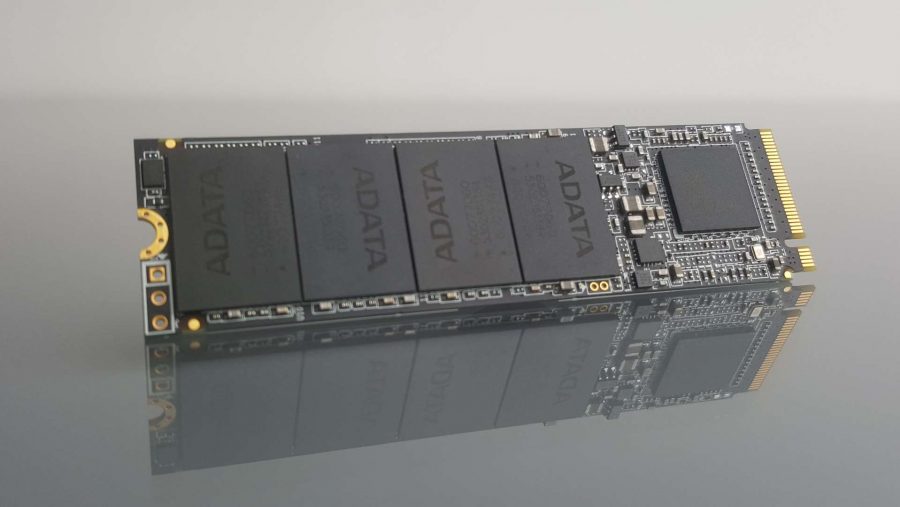 Everything else, however, remains the same between the two Adata drives, with the warranty remaining at 5 years and the total bytes written endurance figure (TBW) sitting at the same 300TB.

The expected performance of the XPG SX6000 Pro is 2,100MB/s and 1,400MB/s respectively for the sequential read/write speeds of the drive. Compared with the 1,000MB/s and 800MB/s performance of the non-Pro version, that’s a pretty hefty speed bump. And the SX6000 Pro also manages to consistently hit those expected sequential numbers when you throw it at the ATTO benchmark too.

In fact it actually surpasses itself. With a measured speed of 2,116MB/s and 1,444MB/s that’s a pretty strong showing from an NVMe drive that costs under $100. Inevitably the AS SSD scores are a fair bit lower – the use of incompressible data really hits the read speeds of any SSD.

The issue is that the Samsung 970 EVO and the WD Black both post higher performance figures across the board, and they’re both very similarly priced compared to the Adata SSD.

And that’s essentially all Adata is really able to offer here. An alternative. If you have the ready reddies to drop on either the superior WD or Samsung SSDs then that’s where your money should be going, but if not the SX6000 Pro will deliver storage performance way ahead of any SATA drive you could toss into your gaming rig. 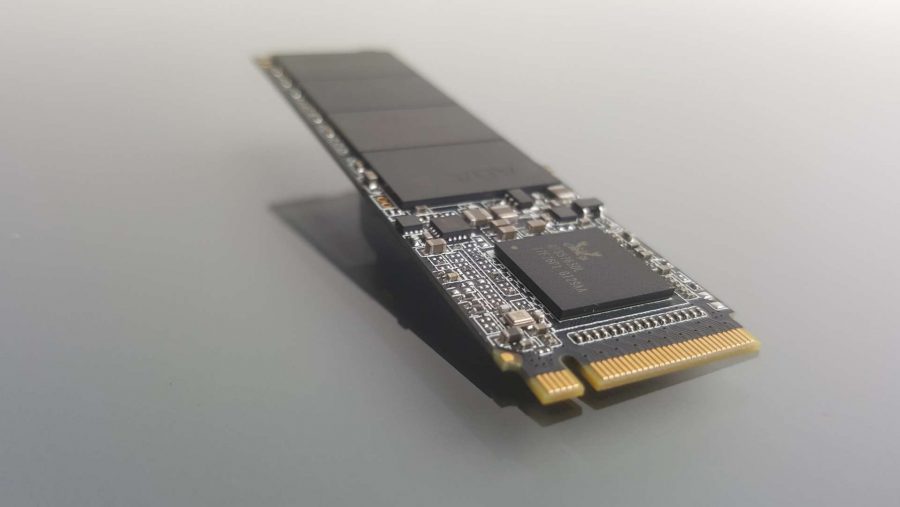 If you want to prioritise frame rates ahead of MB/s then by spending a little less on your SSD you would maybe have a little extra to drop on a potential graphics card upgrade. That’s going to make a much bigger difference to your gaming performance than anything your SSD can do.

But the simple fact of it is that the SX6000 Pro doesn’t quite undercut the competition by enough of a margin to really allow it to make that value argument. Spending an extra ten-spot on the WD drive, or a just a little more on the Samsung will get you a better SSD. The Adata drive is a good alternative, but only if you find it in the quick sale section of your local electrical retail store.

A decent SSD alternative to the Western Digital and Samsung offerings, but the minimal price delta means it's only worth it if can find the Adata drive on sale.