Do you remember 1996? When analogue sticks suddenly threatened even Pogs in the endless entertainment stakes? Mario was in 3D, and making waves by embracing the simple joy of movement. It didn’t particularly matter that Peach was in another castle – we were having tremendous fun turning the short, familiar walk through her grounds into an exhibition of acrobatic glee: a practiced routine of hop, skip, triple jump, dive, belly slide, and finally front flip onto the doormat.

Looking for contemporary takes on retro games? Check our list of the best indie games.

It’s that feeling that the nascent Right Nice Games set out to bottle with a student project earlier this year. Asked to make a vehicle game with fuel consumption as a win mechanic in Unreal they kept only the engine, setting out to build a 3D platformer “like in the olden days when we were kids” – knowing they might lock themselves out of the highest grades in the process.

“Looking at the market to see what’s missing, we took matters into our own hands,” says scripter Leo Toivio. “There are no 3D platformers.” 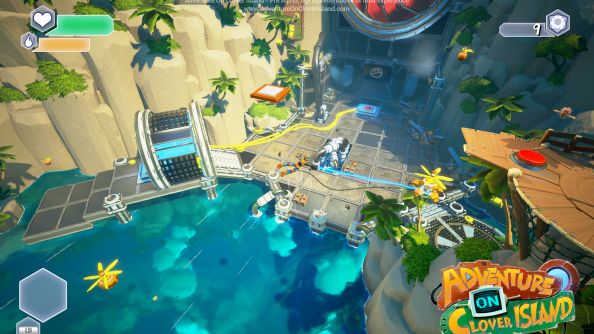 “They are few and far between,” furthers artist Johan Åberg. “And we all grew up with Mario and Ratchet & Clank and Jak and Daxter and Sly Cooper and all these great games. You played them through in a couple of hours and then waited a couple of years for the next release. So why not make a game that we would like to play ourselves?”

The group wound up achieving the highest grades at every milestone, and though the personnel changed in the months after, a dedicated few continued to work on their platformer in evenings and weekends – spurred on by a win at the Swedish Game Awards, the country’s biggest student competition.

Right Nice Games, now a company, are entering a space still dominated by Mario. And like Nintendo, the Clover Island team have eschewed the freeform meandering of the N64 era in favour of linear courses – albeit courses littered with shortcuts and sidetracks. 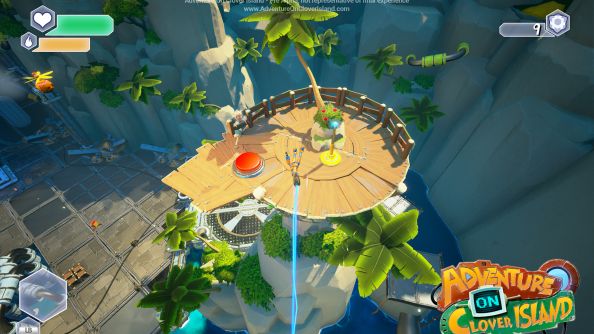 “Jak and Daxter was a bit like that,” remembers Åberg. “We kind of mix and match what we like. I think we’re quite distanced from the design philosophies of the ‘90s; we look at what they achieved and what they did well, but we’re basically prototyping something that we think will be fun or feel good.”

Good level design, they’ve discovered, is sometimes as easy as making sure the path forward looks inviting, so that players don’t set off in the wrong direction after a death. And they’ve learned that a player won’t wait around to jump onto a moving platform they haven’t yet seen.

“Even if that kind of is game level design 101, it’s still really hard,” says Åberg. “Especially when you’re building the game, you always have the camera from top down, and the player never sees from that perspective.” 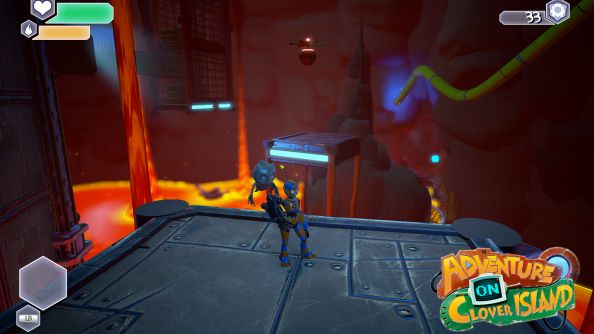 Ultimately, Clover Island will succeed or fail according to the responsiveness or otherwise of its controls. It’s more art than science: on one occasion, Toivio spent a day ensuring the player didn’t decelerate like an FPS character, and even his own teammates weren’t able to pinpoint what was different.

“I don’t understand the underlying mechanics of it,” admits Åberg. “But I can definitely feel the change. For me it has always been the plain and simple fun of tight controls. Having running and jumping feeling fun, and good feedback [when] smashing crates and smashing enemies.

“It doesn’t have to be [that] every encounter requires much focus and concentration – it’s just fun going around doing stuff and discovering the world.” 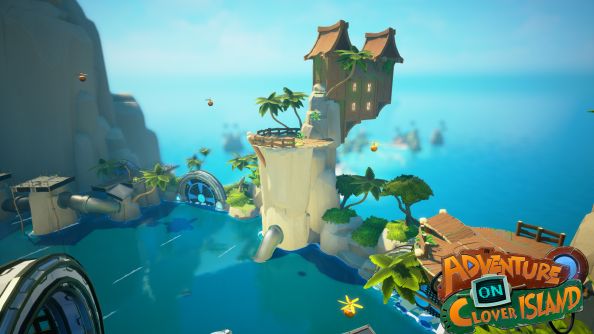 That world is not to be taken seriously – a colourful, cartoon idyll layered with gadgetry and “stupid jokes”.

“There’s no underlying dark story or meaningful message really,” says Toivio. But then there’s a pause. “We do have the environmental message.”

Clover Island’s villain, CRT, is not only the player’s former kidnapper but an unrestrained industrialist, invading a “Garden of Eden”.

“We have the tech mixed with the beachy summer vibes,” expands Toivio. “And he’s exploiting paradise.” 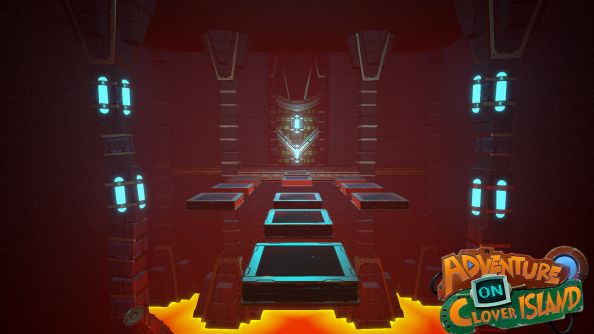 He’s being an asshat,” adds Åberg. “So you’re playing the protagonist who’s basically aiming to take him out of this environment.”

We haven’t gotten to that point yet,” says Åberg. “Some things feel amazing, but I think that’s something we’re gonna work on until the last day.”

Adventure on Clover Island is in development for PC. Unreal Engine 4 is now free.

In this sponsored series, we’re looking at how game developers are taking advantage of Unreal Engine 4 to create a new generation of PC games. With thanks to Epic Games and Right Nice Games.