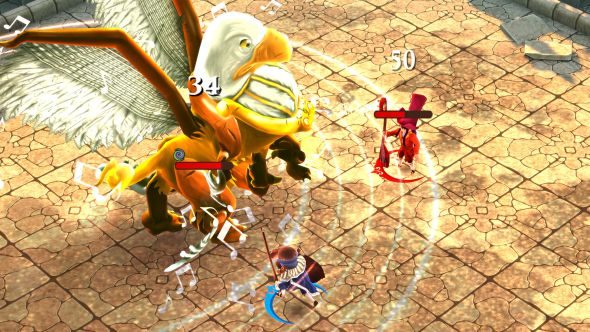 Music and wacking things with a big stick are crossing over once again today as Aerea, an action-RPG with classes like Cello-Knight and Lute Mage, comes to Steam. Originally slated for a June 30 release date, it’s been pushed up massively to later today. There’s even a new trailer to celebrate as much, which you can see above.

For more in this verse, here’s the best RPGs on PC.

In case that didn’t get it across, Aerea is a hand-drawn fantasy tale of collapsing sky islands and nine magic musical instruments that need finding. Along the way you’re killing baddies and bosses; solving puzzles and quests and, eventually, discovering the truth. Everything is impacted by the music theme, so bosses are inspired by the instrument they protect, for example. I am a big fan of bagpipe-spider.

At 3pm BST it will go live on Steam, with a 15% launch discount to boot. Here’s when that is elsewhere in the world:

Aerea is also coming to consoles. Pre-orders for that open today, with it going live on June 30. That is also the day the boxed version, if you prefer to hold your games tight, will be released.