Age of Empires IV’s Delhi Sultanate civilisation is another one of the RTS game’s more difficult factions, rated a three out of three stars in-game. They are a defensive and research focused civilisation, although they don’t have notably unique mechanics like the Mongols or the Abbasid Dynasty – barring one key exception, they largely play like any other faction.

This exception is themed around technology – the Delhi Sultanate gets access to the Scholar unit from the Dark Age via the Mosque, which is also available from the start of a match. In addition, this civ gets to research every technology in the game for free – but each tech takes time to complete. This can be sped up by scholars, much like how the Chinese administrator unit can give boosts to economic yields.

Scholars only apply their research bonus if they are garrisoning a building, and techs can improve their utility by letting them garrison buildings they wouldn’t normally be able to, like the barracks. Other buildings built within the influence range of a Mosque can also get faster research speeds, depending on how many scholars are garrisoned in the Mosque itself.

The Sultanate’s affinity for defense comes from the fact that infantry units are able to construct defensive buildings as well, such as palisades, walls, and outposts. This is great because it frees up villagers to work on your economy and other structures without neglecting early defence. 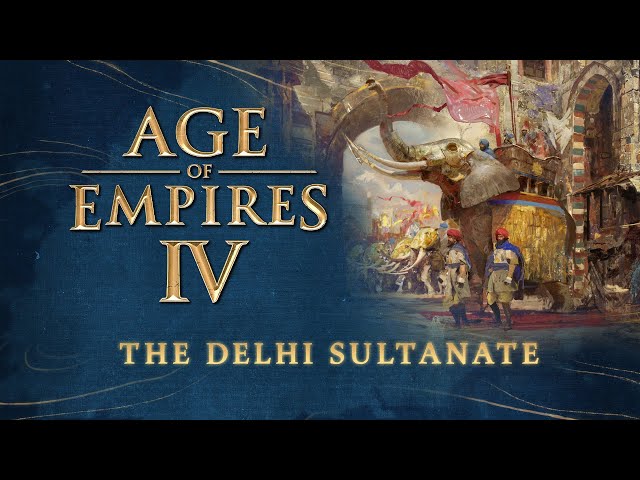 The Delhi Sultanate also gets the powerful war elephant as a late game unit, but you’ll need to carefully manage your scholars and their bonuses until you get to that point. Leveraging your free access to technology to give you an edge will let you focus your economy on aging up, as well as fielding a sizeable army to keep invaders at bay.

Their final most significant bonus is the fact that they get increased yields from berry bushes if they build a Mill near them and convert them into orchards. Being another one of the game’s Islamic civilisations, the Delhi Sultanate can’t hunt boar, but they can make use of other food sources.

These are the Delhi Sultanate landmarks and associated abilities:

Please note that the Age rank determines what age you will progress too when you build the landmark.