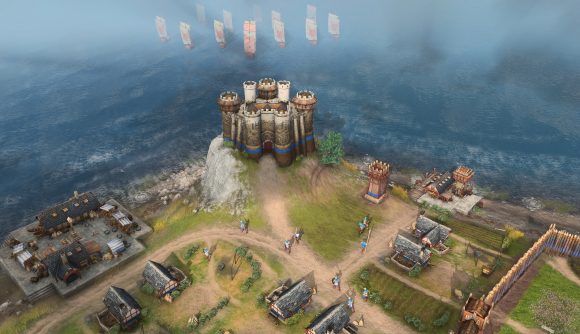 What time does Age of Empires IV come out? The highly anticipated RTS game has officially gone gold, and we also know what time the strategy game will be releasing across the globe today as it launches for the masses.

The release times were first announced via the official Xbox Japan Twitter account, and have been verified on other platforms since. For our American readers, you’ll be able to get your hands on the game from 8 am Pacific, 11 am Esatern Time. That’s 4 pm here in the UK, and 5 pm for those on Central European Time. Sorry Australians, you’ll have to stay up late, as it doesn’t unlock until 2 am October 29 in Aus EDT.

In case you weren’t familiar with the term, ‘going gold’ refers to the point prior to a game’s release where the code is ‘frozen’, and sent out to other departments for distribution. This was of more importance during the age of physical media, although it still means that any fixes or tweaks that come after this week will appear in a day one patch, if there is one, or whenever the first official update lands.

Age of Empires IV will launch with eight factions, four campaigns, and over three hours worth of documentary footage to expand on the concepts found in the game.

Make sure you check our our Age of Empires IV review if you want to know what we though about it.

Pre-orders are still running, but regardless of when you pick it up it will be available on PC via Steam, the Microsoft Store, and Game Pass for PC.