While the Rus aren’t the most difficult Age of Empires 4 civilisation, they have more unique content than most of the other launch factions. A unique resource drop-off point, their own version of the outpost, not to mention three unique units, means the Rus are better able to exploit their particular niche for maximum effect, without requiring you to re-learn how to play the game.

The Hunting Cabin is the lynchpin of the Rus economy – it replaces the Mill, and food can still be dropped off at it, but it can also generate gold depending on how many trees are nearby, although this rate will decrease if there are too many other cabins nearby. It can also produce scouts, and houses technologies to improve food production.

Beyond that, they are another defensive-focused civilisation, more-so perhaps than the English as they have access to stronger palisades and gateways. They also have some naval focused bonuses as well – one of their unique units is a ship, and Rus fishing boats don’t need to drop off their food haul at a dock. Let’s take a look at their abilities in more detail.

Wooden Fortresses replace the outpost, and wooden walls and gateways are stronger. Lumber mills within the influence range of an outpost get a 20% increase to yields when villagers drop off wood, although make sure you’re not harvesting from the same location as your hunting cabins. 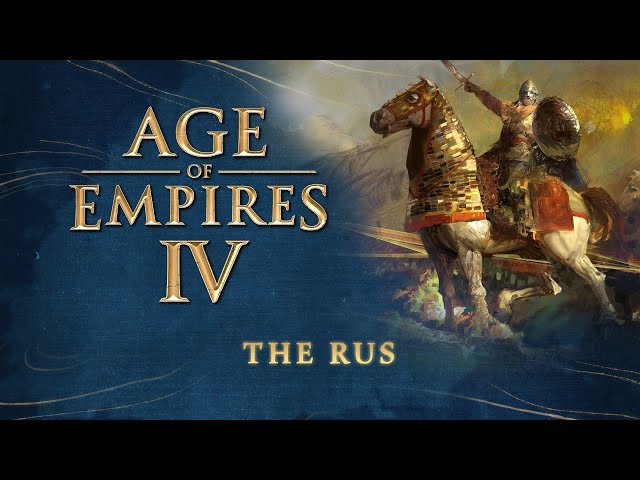 The trade off here is that the Rus are not able to build any of the later fortifications that use stone, so you will be vulnerable to late-game siege engines.

Scouts can be given increased capabilities, and the Rus get gold bounties from hunting wild animals, with different animals yielding different amounts. Collect enough bounty to unlock further buffs for your faction, like increased food gathering rates and gold.

The Rus get access to the Early Knight in the Feudal Age (II), and their unique units are:

Furthermore, their cavalry units can be buffed with unique technologies to make them stronger than other civs. 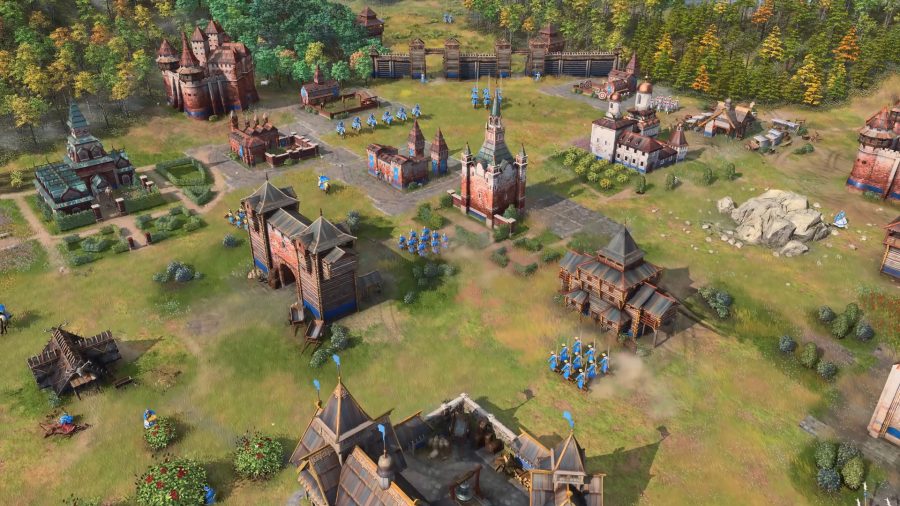 The ‘Age’ next to each landmark indicates which age you will progress to when you construct the landmark in question.

The Rus have some significant economic and defensive advantages in the early game, but may struggle to compete in the late-game as other civs get access to better defences and equally powerful units.

You’ve got to make effective use of your cavalry advantage early, as well as leveraging the assistance of the Warrior Monk to turn the tide before you’re overwhelmed.