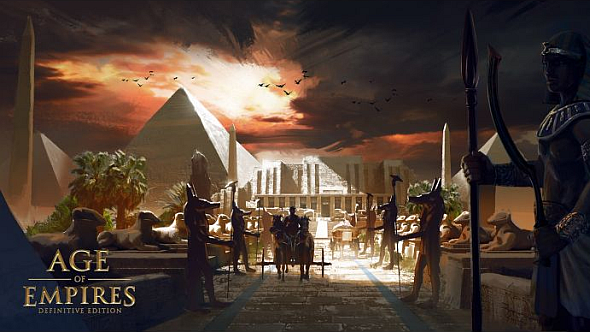 We’ve been waiting a good while for the remaster of the original Age of Empires, but the end is finally in sight. Age of Empires: Definitive Edition will be out on February 20, and a load more beta testers are being let in to try the game ahead of release.

Check out all the best strategy games on PC.

If you’ve missed the hubbub, this Definitive Edition features rebuilt 4K assets, a newly-recorded orchestral soundtrack, and modern RTS features we didn’t have in 1997, like attack-move options, a better mini-map, and an in-game tech tree.

The Definitive Edition will be $19.99 USD. Bear in mind that the official announcement specifically mentions online multiplayer over Xbox Live and that the release is for Windows 10 PCs, so you’ll need to make your peace with proprietary Microsoft networks if you want to play.

If you want a free chance to to check out the game, the developers are letting in 100,000 more people to the closed beta, which begins on January 29. You can still sign up for beta access until January 25 through the Age Insider Program here.

Following the announcement of a delay from October this year into early next (see original story, below), the Definitive Edition team have announced a closed beta for the Age of Empires update.

Pre-order customers will be invited to a closed beta, though you’ll also need to complete the programme prerequisiteshere.

The team also say that some pre-orders were mistakenly charged ahead of schedule – if this happened to you, you should have now received a full refund, and you’ll also get a free code for Rise of Nations: Extended Edition (itself an excellent game). Look for an email with more information in the next week.

Here’s the announcement on the Age of Empires website.

Original story October 13, 2017:If you’ve been waiting for the return of AoE, you’re going to have to wait awhile longer. Microsoft announced today that Age of Empires: Definitive Edition has been delayed, and won’t be releasing until at least early next year.

The game’s release had previously been slated for October 19, but the developers are extending their closed beta to solicit further feedback on the campaign, multiplayer balance, and other details necessary to fine tune the final release. To that end, they’re planning to invite thousands more people into the beta – if you’re interested, you can sign up on the official site.

In the announcement, the team also imply that the scope of the Definitive Edition has expanded somewhat beyond just being a remaster. “The challenge of re-releasing a classic is just that: it’s a classic and it deserves to be treated with careful reverence,” they say. “At the same time, in a living, thriving genre, norms continually evolve, technology advances, and player expectations change. This is as true for RTS as for any other genre. So, the challenge is to recreate the experience not as it *actually* was but as we all remember it. How can we modernize the game while preserving the fun, discovery and magic of that first experience?”

They had promised to rework the title’s notoriously fickle pathfinding AI since the initial announcement, but it’s not clear exactly how much further they’ll go in reworking the fundamentals of the original.

While core gameplay changes aren’t yet entirely confirmed, it seems everything around the edges is being reworked. The most prominent new features include 4k textures, new zoom levels, improved UI, lobbies, and matchmaking.

Age of Empires originally released October 15, 1997, so Definitive Edition will sadly be missing the game’s 20th birthday. And of more pertinent disappointment to series fans, it seems it’ll still be a Windows store exclusive – as will the promised reworks of AoE 2 and 3.