Oh, no. No, this is all wrong. Everything is in the wrong place! There are only three resources! Villagers don’t carry things and drop them off at storage pits, they just keep mining/chopping/picking berries endlessly! And why the hell isn’t the campaign telling a real historical story?!

This is to convey some sense of the disorientation I feel when playing Age of Empires III: Definitive Edition, having reconvened my friends for several games of its predecessor’s definitive edition in recent months. I was ready for it to be different, but it’s still a little alienating, especially when so directly compared with the warm bath of gooey nostalgia that has been our return to an immaculately restored Age of Empires II.

I played the demo of the original back in 2005 but didn’t vibe with it, and so Age I and especially II remained my firm favourites. I always felt vaguely guilty to have not given III more of a chance, however, and after Microsoft did such a great job remastering I and II, was curious and excited to give III its fair shake.

There’s a lot of continuity between Age of Empires I and II in the essentials – indeed, Age II is really just an expanded version of its predecessor. But Age III takes risks, as you’ll gather from that hysterical opening paragraph. In many significant ways it doesn’t feel like an Age of Empires game, because, like so many of the Age community, Age I and II defined how they feel for me. Happily, though, after a little adjustment, I started to appreciate Age III’s boldness and its big, fresh ideas. 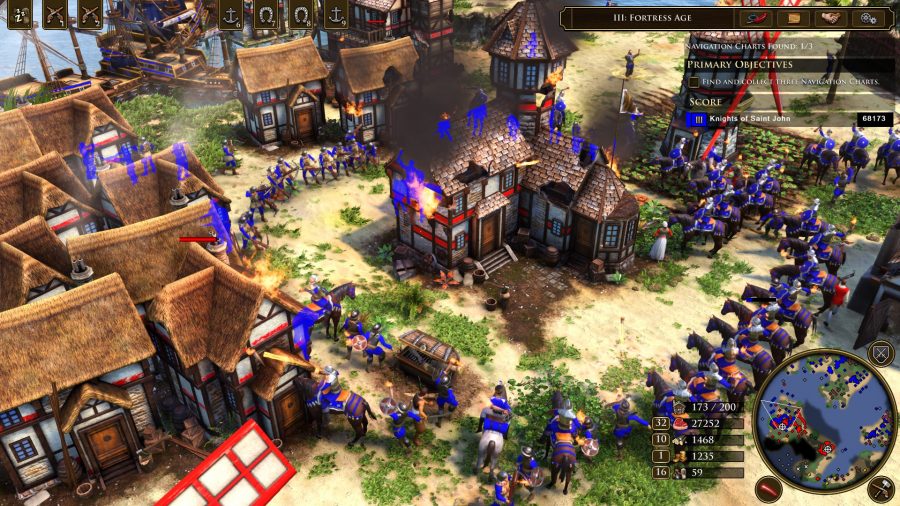 You can build trading posts near native settlements to ‘ally’ with them and gain special units, such as poison-equipped blow darters and medicine men with valuable ability to heal your troops. Asian civs advance ages by building Wonders which can grant god powers. In skirmish or multiplayer games, European civs can choose to ‘revolt’ instead of moving into the final age, converting all their villagers into militia. I haven’t tried it yet, but the thought is tantalising: sacrificing your economy for a sudden, climactic assault that’s also a flavourful simulation of the American Revolution. It’s the kind of thing I haven’t heard of in any other RTS, as creative director Adam Isgreen mentions in our big Age of Empires 3: Definitive Edition interview.

Home Cities only interact a little with gameplay, but I want them in every strategy game I play from now on

And yes, I miss being able to play through Caesar’s conquests, or forging the Holy Roman Empire as Barbarossa, but it’s not like Age III’s core campaign isn’t still steeped in history. Each of its three acts is set in a distinct period of the story of the New World, from the first European settlements in the 1500s to the American revolution and then the Westward expansion.

As an approach to historical storytelling, Age III moves from the specific to the general: these are stories like, or in some cases adjacent to, those of Cortéz, Washington, and the original railroad tycoons. And you can read all about their inspiration in the history section of the main menu, which, compared to the original, is absolutely stuffed with cool things to discover. 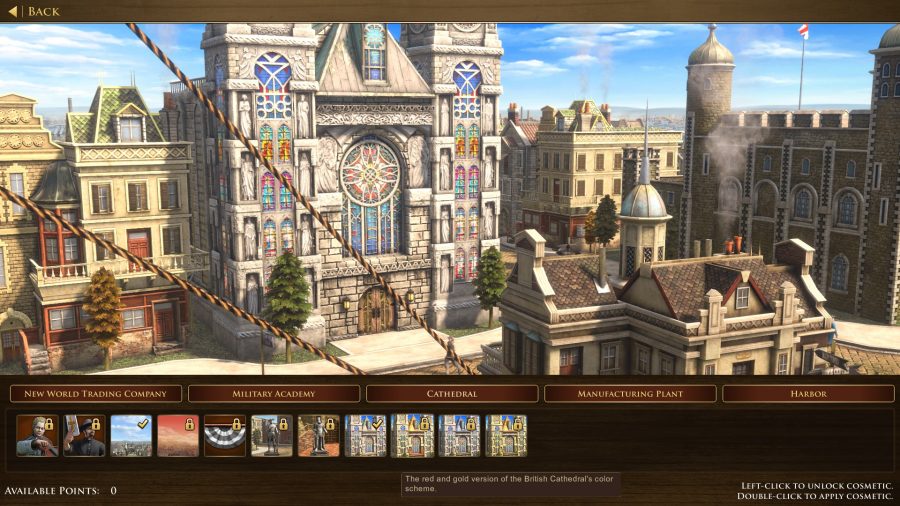 Of course, Age III’s most emblematic big idea is probably Home Cities. I don’t know how to feel about these. Well, I do – I love them – but I don’t know why. I can’t work out exactly what they add. Yes, it’s a big help to build your own deck of free goodies to summon during a mission – getting a shipment of potent troops feels like unwrapping an exciting present on Christmas morning. But more than that, Home Cities are just cool.

They look amazing in the Definitive Edition and as you play you can unlock cosmetics, repainting a palace here, adding a juggler there, or having citizens’ thoughts pop up in whimsical thought bubbles. This stuff doesn’t interact with the rest of the game at all. It offers me nothing. But I want it in every strategy game I play from now on. Let me tinker with a beautiful postcard picture of Troy or Couronne (Bretonnia’s capital city in Warhammer, obviously) in return for the next hundred hours I sink into a Total War game – I’ll take it over another Steam achievement.

Age of Empires III: Definitive Edition differs from its predecessors in one key aspect where it concerns the technicalities of remastering, however: it’s based on a 3D game. Making the definitive editions of Age I and II look as good as they do was a matter of replacing 2D sprites with glossy 4K versions of themselves. There’s more space for things to go wrong in Age III because it’s a more complex game. Restoring a galleon is harder than a canoe, and – some sloppy pathfinding aside – I didn’t get the same sense of shakiness in Age I and II: DE as I do at moments in Age III: DE. 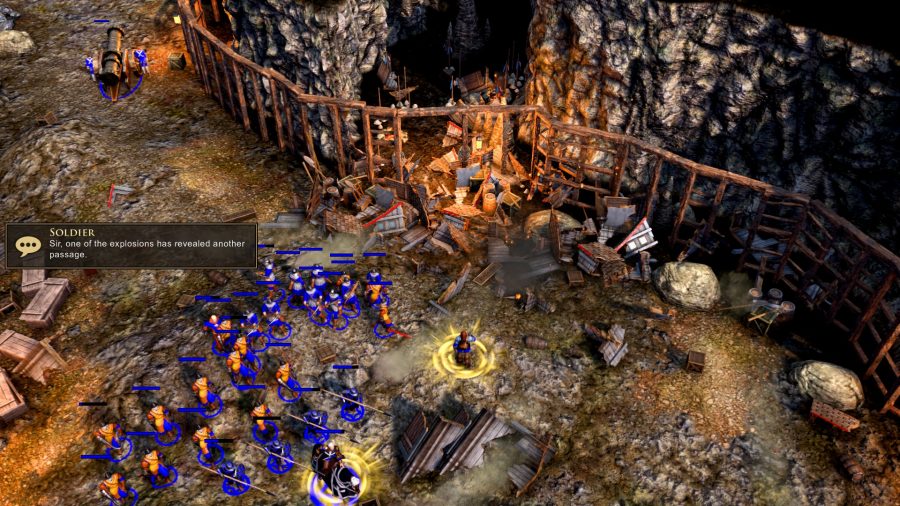 A Great Bombard struggles to find a path around terrain, vibrating like a sock drawer in a loveless marriage, and the other units in the command group are slowed to a painfully slow moonwalk, animations forgotten. A tight box enfolds the cutscenes on their top, bottom, and sides, as if viewed through a porthole, and their audio mix is way off, with cannons drowning out the voiceover as they fire. Villagers are stupid: having exhausted a tree, they won’t automatically move on to chop another, as they will in Age II, and must be manually ordered to do so. Missions end abruptly and shunt you to the home city screen with minimal ceremony after you complete their final objective. It often won’t be clear which objective is final, and there’s more than one mission in which I’d, ideally, have preferred to explore the map a bit before moving on.

A lot of this may yet be fixed, and none of it means there’s not a lot to love about this remaster – part of the reason I want to stay in these maps a little longer is because of how beautiful they are. There’s the odd squeak from the machinery, sure, but for the most part it’s easy to play this remaster and ignore its 15 years of age. There’s no way to switch to ‘classic’ graphics as in the first two definitive editions – I imagine it’s much harder to offer in a 3D game – so I jumped back into the original to take some comparison screenshots and, well, see for yourself: 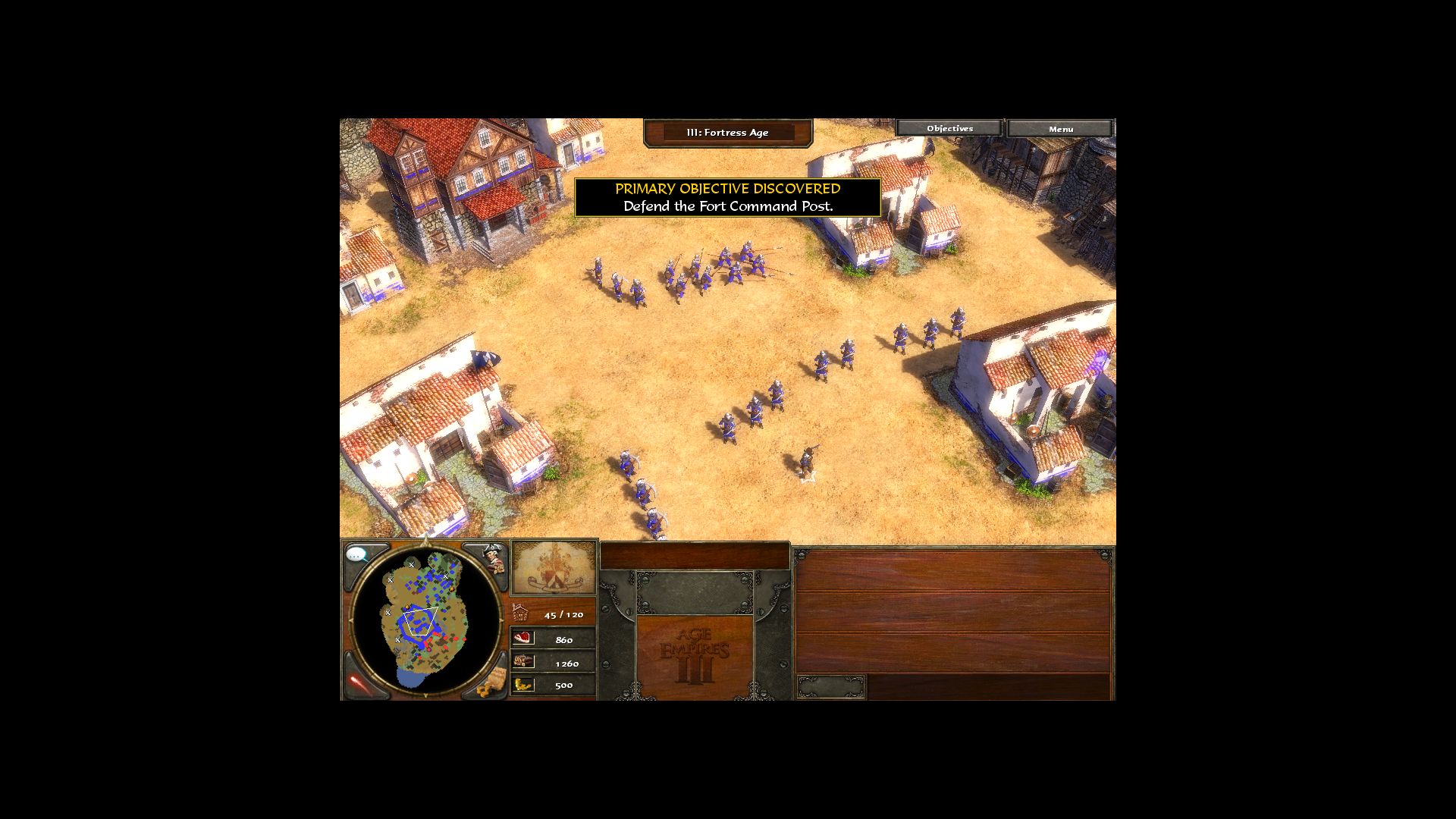 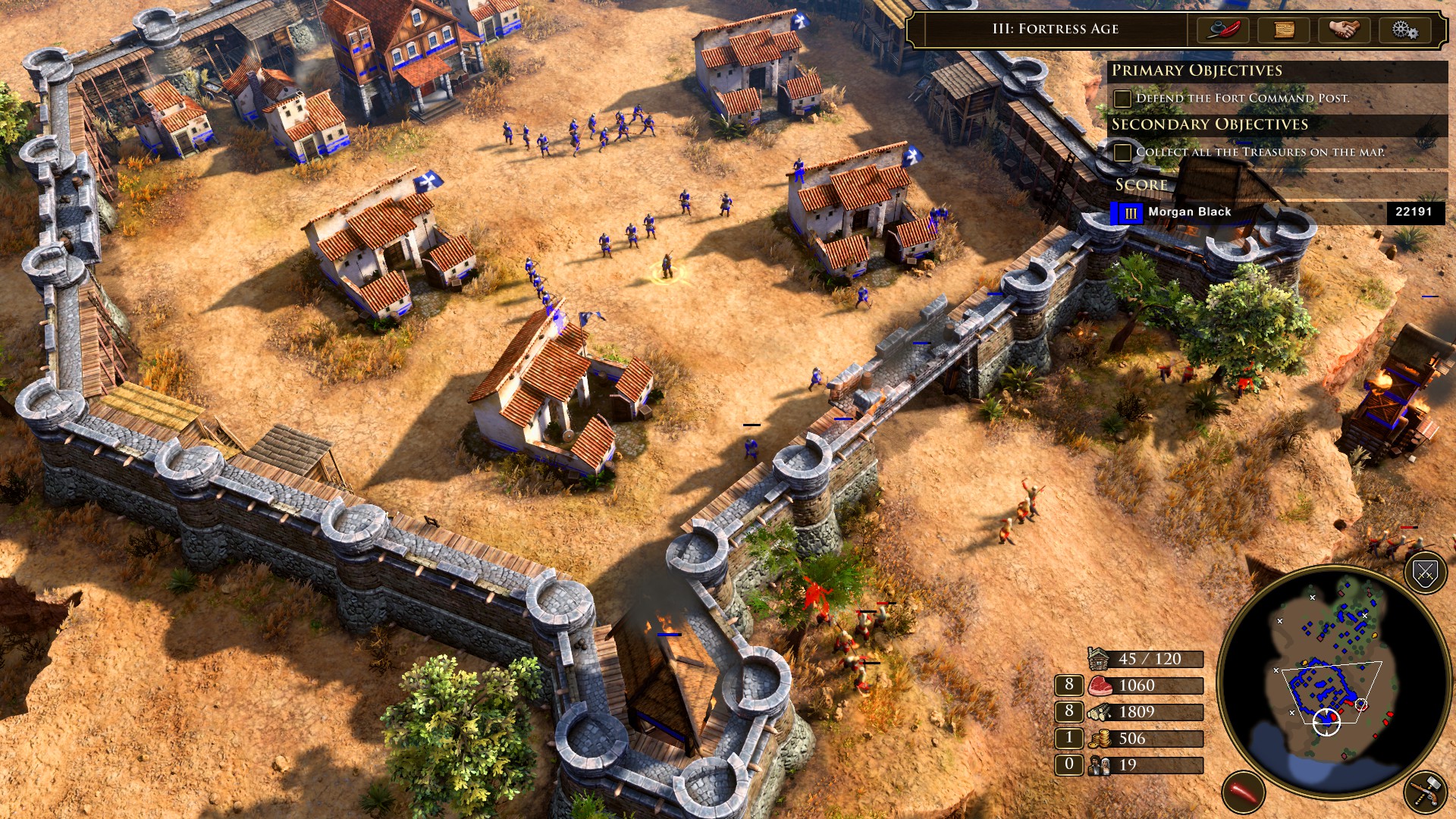 Our preview code only grants us a taste of what awaits in Age of Empires III: Definitive Edition, which releases on October 15 and will be joined by our more comprehensive review. But – after a slightly disorienting adjustment, like trying to brush your teeth left-handed – I’ve really enjoyed the campaign missions and skirmish games I’ve played.

Read more: Check out the best RTS games on PC

Unlike at its original release, I was prepared for Age of Empires III: Definitive Edition to be a bit different. So are you – if not before, then certainly now. You know it won’t be quite as comfortable as Age of Empires I or II – unless you’re one of the few that actively preferred Age III – but you should also know that its ideas are brave and clever, and worthy of your continued attention until final reviews come in.