The setting is everything. Oh sure, you can talk about innovative systems and asymmetric unit balancing, as if such abstract things can be divorced from their context. But even if they can, so much else that appeals about a game, so much of its soul, flows from its setting. And Age of Wonders has just moved somewhere entirely new.

Planetfall is sci-fi, where Age of Wonders has always been fantasy. It’s a bold move that was made partly to address specific criticisms of Age of Wonders III, like the simplicity of the loop on the strategic layer. “You plonk down a city to capture nodes, those nodes give you income, with which you make more cities to capture more nodes, and it’s a circle,” senior designer Tom Bird tells me. No longer.

In Planetfall, each sector belongs to two different biomes, and each biome is suited for two different types of exploitation (from four options: production, food, research, and energy).

Production maximises the output from an arid barrens sector, but there will be situations where you wouldn’t want to do that. Say you have plenty of production right now: you might prefer to exploit the sector for food so you can grow. It’s not the optimal choice, but it’s what you need in the moment. “We also have landmark structures, which give you strong bonuses in single resources,” Bird says, which adds another consideration to your choice of where to expand.

This might mean that your potential is determined by the terrain around your start position, but the same came be said of many strategy greats, including the biggie, Civilization. I find arid mountains and plains to the north and fungal jungles to the south in my first campaign, offering a fair bit of choice when considering my next move.

The setting also enables developer Triumph Studios to address the second major criticism of its last effort: lack of diversity in unit designs. Age of Wonders III did a great job breathing new life into trope-laden fantasy factions such as elves, dwarves, and orcs, but those tropes can only support so much reinvention. “Every race had an archer, a support unit, and cavalry,” Bird says. The stats of a human knight and an orc black knight varied, but their roles on the field didn’t.

Now there are clearer differences between units, and “with a couple of exceptions”, each has a gimmick. The Vanguard’s Trooper has an assault rifle and can throw grenades, which are handy for spreading splash damage and destroying cover, and no one else will have quite the same ability. “You’ll feel really hard pressed to put two units next to each other and say they’re the same,” designer Benny Arents says. Units are also distinguished by their backstory, which complements the lore to reinforce each faction’s identity. And whatever winds up giving us T-Rexes with lasers on their heads – see header image – can only be a good thing. 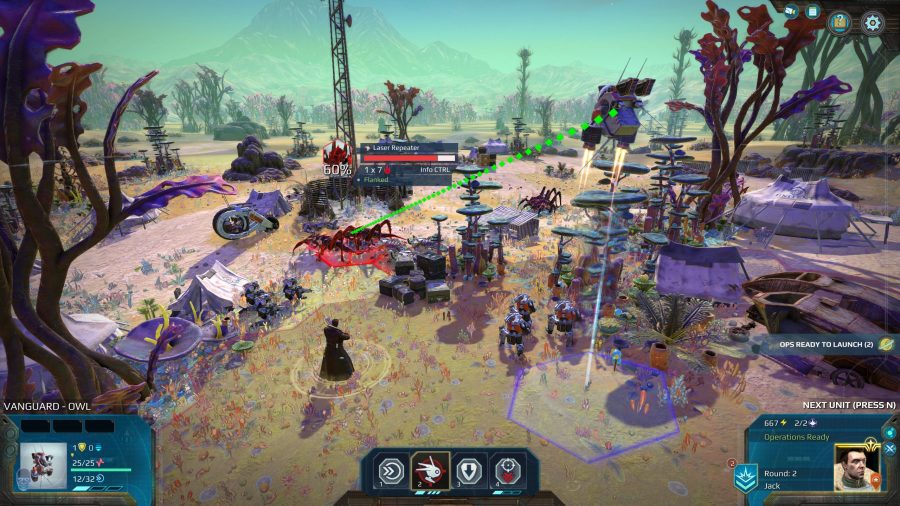 I’m drawn into a tactical battle and, not to be reductive about it, it’s XCOM – even more so than Age of Wonders III was. Your troops have a complementary system for movement and action points, there are damage bonuses for flanking enemies, your army is capped at six units, there’s an Overwatch stance, and you can take both full and half cover. Yet each of these ingredients has a twist: you get three action points rather than two, flanked enemies will turn to face their attacker when shot, you can get around the unit cap by reinforcing armies with others, Overwatch is directional rather than 360, and taking cover works very differently on Planetfall’s maps – which are far more open than XCOM’s urban environments.

The changes in flanking enable you to pull off fun tricks – like sandwiching a tough opponent between two of your own units and attacking it in the rear with one, causing the enemy to turn to face them, thus enabling the other to make a flanking attack too. One of my favourite moments in my time with the game comes when I use this trick to beat a force of alien insectoids twice the size of my own army – very Starship Troopers. So yes, the battles are a little derivative, but they derive from a brilliant game, and make some smart innovations.On a couple of hours’ evidence, then, the change in setting is a gamble that could well pay off. I’m struck by the boldness of it – fantasy was a long-established comfort zone for Age of Wonders, while with Planetfall, Triumph is entering the equally crowded field of sci-fi strategy, and has had to conceive an entirely new canon in doing so. 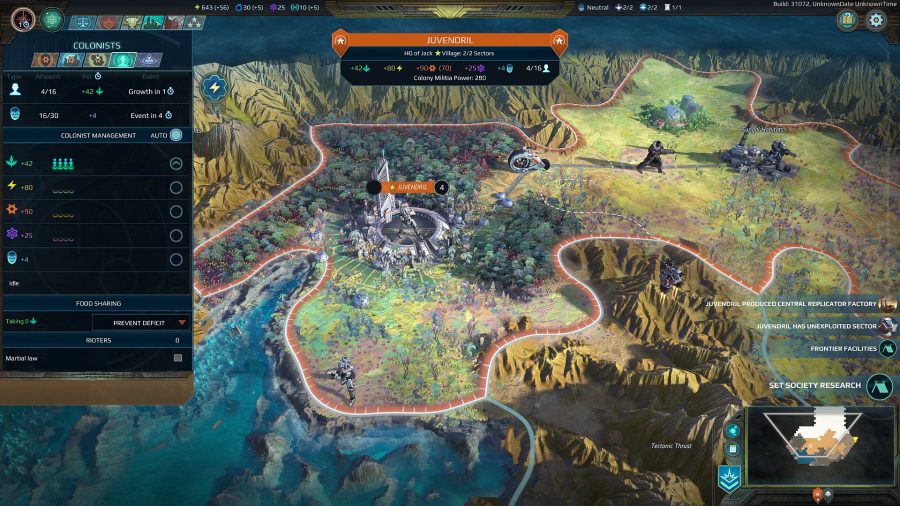 “At the start it was a little bit hard,” Arents acknowledges. “Until we came up with the Star Union. That basically tied everything together, and made everything make sense.” The Star Union is the backdrop to everything in Planetfall, with Bird going so far as to call it the lead character. It is – or was – a galaxy-spanning empire of humanity that has collapsed in a mysterious disaster. Its remnants litter each planet, its influence has touched every faction, and the cause of its downfall is the central question of the campaign.

When asked for a few points of comparison to help newcomers visualise the lore, Bird cites Star Wars without hesitation. Arents adds Hyperion, a Hugo award-winning novel by Dan Simmons in which humanity has established another, more decadent, galactic empire. 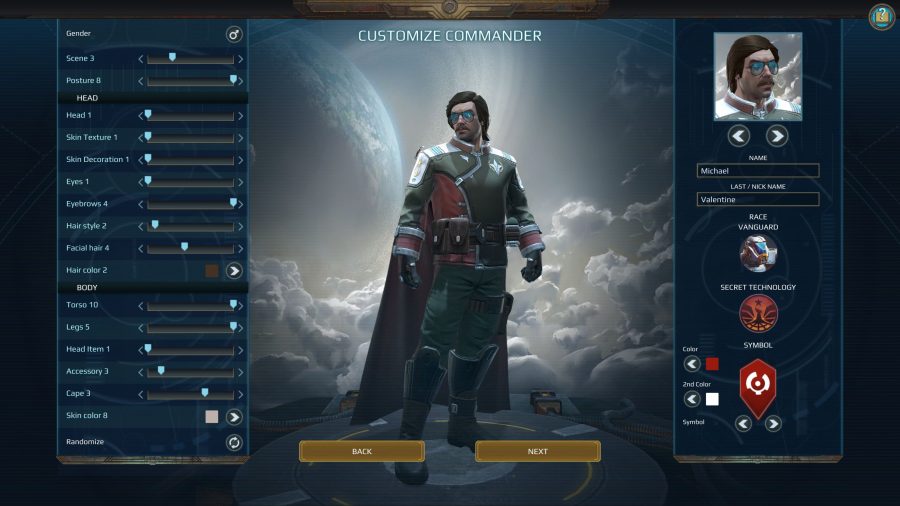 The only significant disappointments in my time with Planetfall were technical. Sound effects and music both randomly turned themselves off during battles, which is a shame, because the soundtrack is great – drums and warm synth lend tension, drama, and a suitably sci-fi vibe. Enemy turns on the strategy layer take longer to process than it feels like they ought to, and there are lots of pretty janky animations. Rival leaders in diplomacy move as if trying to pop-and-lock; squads of troopers march in eerie sync without compensating for the motion in the rest of their bodies, oscillating like human basketballs being trick-dribbled.

These issues haven’t dampened my enthusiasm for the game, though. Bird wouldn’t discuss where Triumph is at in development now, but with release recently confirmed for August 6, there’s still six months to go. That’s plenty of time to apply the necessary polish.

I’m glad Age of Wonders: Planetfall is about to happen. I have vague memories of the original Age of Wonders, and of dismissing it as a pale imitation of Heroes of Might and Magic – then and perhaps forever the ruler of the turn-based strategy fantasy space of my heart. But since then the series has flourished where HoMM has floundered. Age of Wonders III was good enough to deserve a higher profile. Provided Triumph can squash all those bugs, Planetfall might just achieve this.