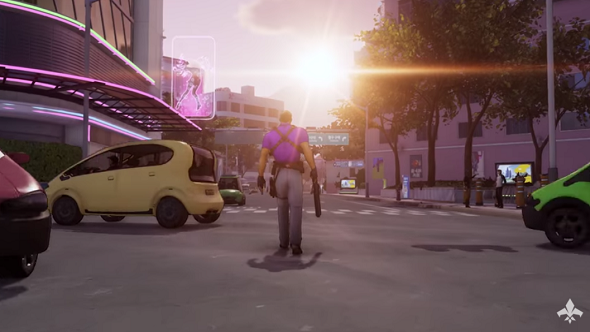 Gat is out of Hell and he’s making a cameo in Agents of Mayhem, joining the madcap sandbox game as a playable hero. That takes the roster of super-powered agents up to 13.

Check our upcoming PC games list to see if anyone else makes a surprise reappearance.

It’s official, the “Have God recreate the Earth and retcon the entire world of Saints Row” ending of Gat out of Hell is canon, meaning Gat’s free to kick arse in Seoul, the city where he was born.

Gat wakes from a coma to find the police force has been replaced with robots. Old Johnny Gat doesn’t like robots, so he’ll be swearing at them a lot, with Daniel Dae Kim reprising his role as the foul-mouthed gangster.

Is it me, or is Gat looking more buff than usual? See for yourself in the trailer above.