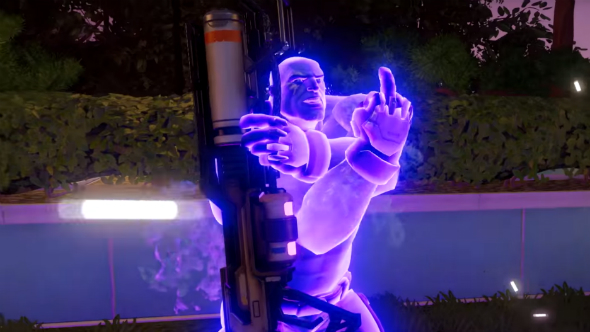 You know what’s pretty popular in gaming right now? Heroes, abilities, animated tie-ins, and vibrant, cartoony visuals. Agents of Mayhem has the lot, not to mention a few of its own neat ideas, but it’s too busy trying to squeeze in alongside Saints Row – its crass progenitor – for any of the game’s better qualities to properly shine.

Enjoy yourself a bit of gaming freedom? Check out our list of the best sandbox games on PC.

The tonal clash at the heart of Agents of Mayhem mars what could otherwise be a charming open-world hero shooter. A lot of love has been poured into the numerous animated cutscenes that bookend missions, and introduce its myriad heroes and villains. The aesthetic rolls together the bold colours, bloom lighting, and anime influences of modern Saturday morning cartoons. Each cutscene is lavishly detailed, too. However, once it’s over, you’re dumped straight back to the purple-tinged, fleur-de-lis-stamped world of arse jokes and cringe-inducing stereotypes. It’s no surprise to find Saints Row’s Gat among the playable heroes, alongside Kingpin and Yeti, annoying and unnecessary reminders that Agents of Mayhem is actually a Saints Row spin-off rather than its own entity. 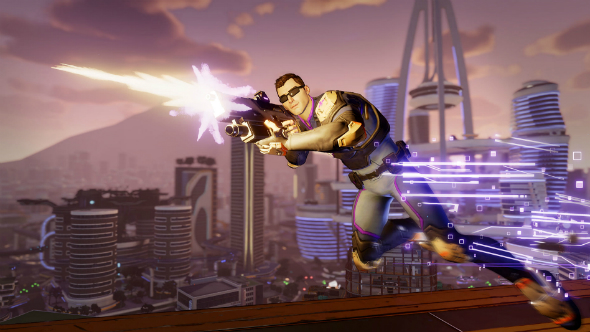 One boss encounter I came across takes place in a planetarium, where the ongoing back-and-forth between my three heroes and the villain centres on the planet Uranus – obviously. Poisonous gases on the surface of Uranus, Uranus is huge, Uranus makes me uncomfortable – at best it’ll elicit a titter, at worst it’s downright loathsome. At least the fight itself is frantic and engaging, with each hero’s triple-jump ability coming in handy as barrages of rockets rain down in intervals.

Combat in general is solid, actually, with each character fulfilling a distinct role in skirmishes – there are also some impressive Mayhem abilities available once you’ve dealt a sufficient amount of damage. On their own, each hero is quite plain, but because you get to take three of them into missions, switching between each one with the press of a button, it feels like you’re controlling one hero with a wide range of abilities. It isn’t long before I find my favourite: Rama, a stoic archer from India.

She’s quick, her bow deals heaps of damage, and she is by far the best-written character I came across during my two hours with the game. Rama’s Mayhem ability allows her to fire a single plague-inducing arrow at a target, causing them to explode (yes, that’s definitely how diseases work), spreading the malady to anyone caught in the blast radius. You can kick off a chain reaction of plague that destroys everything it touches – perfect for big groups of baddies. 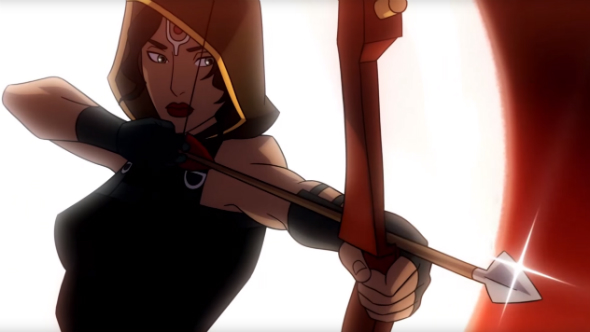 Erring closer to the hero shooter vibe, numbers also pop out of enemies with every attack, providing you with immediate feedback on each shot, and rewarding you with a bright orange number to reflect critical shots and headshots. It’s not a massive departure from the feel of Saints Row’s over-the-shoulder shooting, but the addition of triple-jumps and quick-fire abilities is enough to keep fights fresh and interesting. Enemies are reasonably varied too, ensuring Agents of Mayhem doesn’t succumb to the same numbers-based, bullet sponge tedium you get in gruelling action-MMOs. Though it’s worth adding that, unlike Saints Row, the driving is pants.

Of everything here, combat is certainly the hook. It’s not stellar, but it is addictive, and mission archetypes like ‘destroy all the big glowing things’ and ‘beat four waves of enemies to liberate this area’ do little to disguise that this game is at it’s best when you’re jogging around blowing things to pieces. 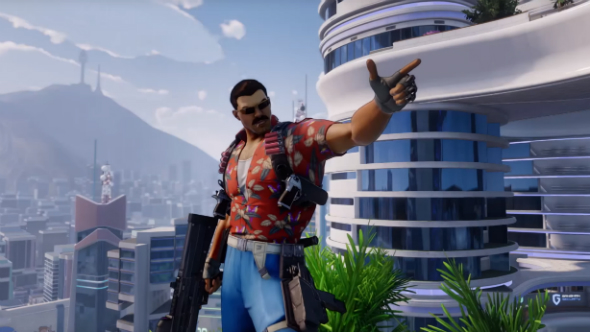 Agents of Mayhem feels like it’s straddling an awkward middle ground where it’s too friendly and cartoonish to appeal to fans of Saints Row, but too brash, violent, and rough around the edges to suit anyone looking for a light, family-friendly action game. And while the combat is engaging, it’s not enough of a pull to make the game’s confused tone worth enduring.

Looking forward to Agents of Mayhem? Let us know why in the comments below.