Frankfurt indies Blazing Badger were working on an adventure game last year about exploring the universe with a robot. They called it Artificial Intelligence Police Department, and liked the name so much they kept it – even as the fundaments of the game shifted underneath and AIPD became a twin-stick score attack shooter instead.

“It starts with A, so you’re on top of every list,” points out designer Sascha Wagentrotz. “It’s very short and nobody had a trademark on it. So we said, yeah, that’s pretty cool. It’s a videogame, right?”

Right. And that pragmatic philosophy extends to the shooter itself – in which players are encouraged to design game modes to suit their tastes.

Though the camera is closer and the movement a little faster, AIPD will be familiar to players of Geometry Wars – the kaleidoscopic shooter first made as a minigame for Project Gotham Racing before it swallowed Xbox culture whole.

“You get in this flow state,” said Wagentrotz. “Everything is built to give the player a great feeling about blowing stuff up.”

Super weapons can clear a shaking screen in a single shot, and a pre-round weapon selection screen recalls Luftrausers – offering space-worthy shotguns, sniper rifles and gatling guns. But Wagentrotz also name-checks Little Big Planet – a series that “gives the player a lot of control about the game”.

“A lot of players are scared off by twin-stick shooters,” he said. “They like the genre but think, well, I suck at that. So it’s a good way to innovate when you have a system in place that can scale the complexity.”

While AIPD is “brutally hard” by default, players can pick and choose modules from eight categories that together define a game mode. They might fiddle with the end condition for a round, play with a time limit, or introduce hitpoints or fuel.

“There’s a lot of freedom to create your own experience and adjust the difficulty of the game so that it suits you perfectly and you’re not overwhelmed,” said Wagentrotz. “Players don’t like handholding. So we thought, hey, you can mess around with the game design itself.”

There’s recent precedent for this sort of thing, even in AAA. TheThief rebootlaunched with a ream of options for introducing custom failure states or removing elements of Garrett’s moveset. 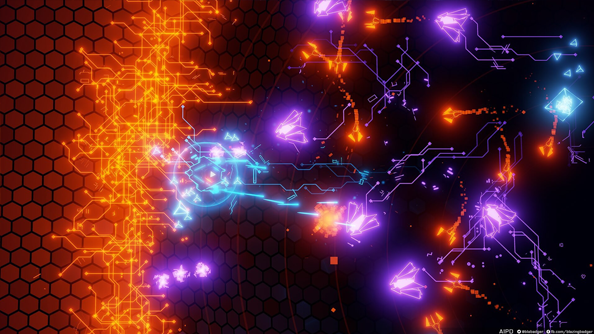 But outsourcing game design to the player comes with its own peculiar set of problems – not least balance, which becomes impossible with AIPD’s 100,000 possible rule combinations.

I wondered, too, whether hand-picking your own difficulty would cheapen the graft that goes into chipping away at a designer-set challenge. But Blazing Badger are unconcerned – they’ll have several leaderboards, three of which will be attached to predefined modes. If players want to compete, it’s going to be obvious where they can go to do that.

Meanwhile, limited-time challenges of varying difficulties with their own, temporary leaderboards will give everybody a chance to trouble the upper rungs, if only for a day.

“If you have a persistent leaderboard that’s there for a very long time, you will always see the same guys on top,” reasoned Wagentrotz.

More tangible connection to other players comes in the form of co-op, or “co-opetition”. The coining might be awkward, but the concept sounds much better: players drop their multipliers as physical items when hit, like Sonic drops his rings – and fellow shooters can swoop in to pick them up. 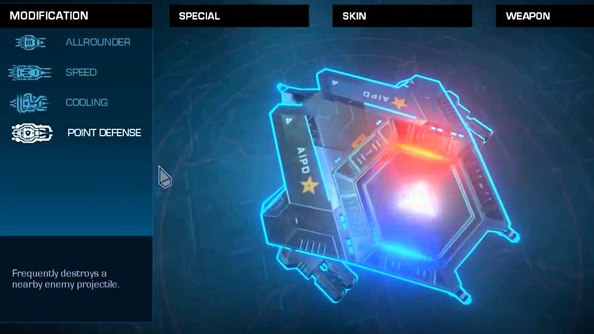 That’s a lot of on-screen noise – but Blazing Badger have kept the screen readable by leaving the background black and colouring enemies and attacks in humming neon.

In fact, there’s no directional light – like that you’d get from an in-game sun – activated in UIPD at all. Any other game would be pitch black under the same conditions – but the unusual approach has worked wonders for performance.

It’s been tricky, building a top-down shooter in Unreal. But the team picked UE4 because it grants them access to source code – “no other engine is doing that right now” – and because its Blueprint system allows their designer-heavy team to implement features without talking to a programmer. The decision has yielded results over just nine months of development. 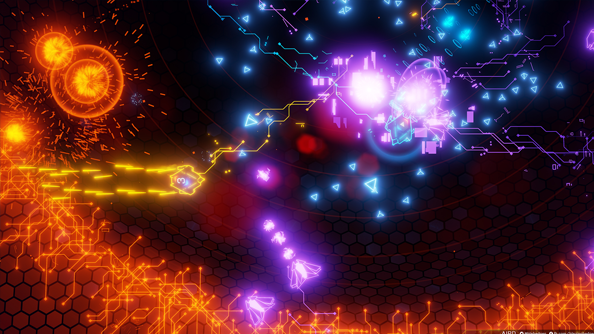 It’s all a far cry from the last project the leads of Blazing Badger worked on, Sacred 3. Wagentrotz wrote aSteam community postthat went viral, in which he apologised for the state of the action RPG sequel and complained of creative interference.

“It was a rough project,” he recalled. “Obviously we don’t work with a publisher right now, and that’s great so far. We just needed some time to try something very small – and I don’t know what the future holds for us.”

The game they’ve designed is both lean and sprawling. And if you don’t like what Artificial Intelligence Police Department is, well – it’s more than willing to let you try and design it better.

In this sponsored series, we’re looking at how game developers are taking advantage of Unreal Engine 4 to create a new generation of PC games. With thanks to Epic Games and Blazing Badger.