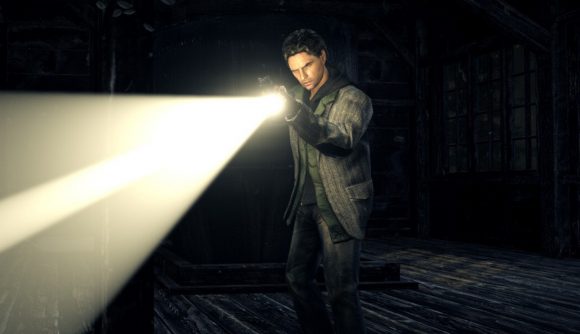 The selection of free games from the Epic store has mostly included well-liked indies up to this point, but we’re getting some significantly higher-profile releases soon. The next two games free on the store will be Remedy’s dark horror mystery, Alan Wake, and Ubisoft’s competitive medieval brawler, For Honor.

Both Alan Wake and For Honor will be available starting August 2 at 8:00 PDT / 11:00 EDT / 16:00 BST. The promotion lasts until August 9 at the same times. When the free game promotion started, Epic was giving out one game every two weeks. Then the schedule changed to offer up a new game weekly, and now it seems we might regularly be getting two games every week.

The current lineup includes the tragic war survival simulation, This War of Mine (which conveniently receives the new Fading Embers DLC next month), as well as Moonlighter, which lets you take on the role of a JRPG-style shopkeeper. Both games are now available to claim on the store – up until Alan Wake and For Honor go live – and will remain in your library forever.

For Honor has had free giveaways in the past, and Alan Wake has been on substantially deep discounts (when it’s been available at all), but triple-A giveaways are a new step for Epic. Hopefully further releases keep up the quality.

And with the Alan Wake rights back at Remedy, maybe we’ll get a renewed bout of Alan Wake 2 support from new fans getting into the game for the first time. It has to happen eventually now, right? You can find loads more freebies in our handy best free PC games feature!