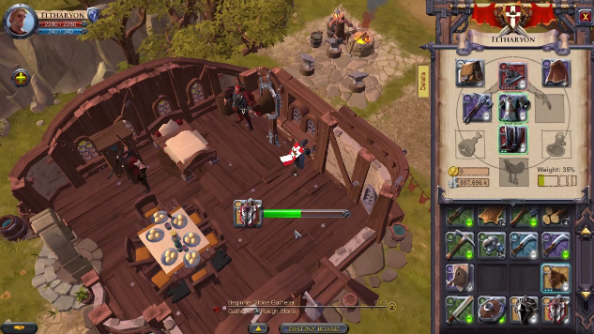 Albion Online developers Sandbox Interactive have released a new video ahead of the upcoming MMORPG’s late November closed beta. The video covers the game’s latest feature, labourers, who are hireable workers that gather resources and perform tasks, from woodcutting and gamekeeping to prospecting and fletching.

For more tanks and buffs, seek out the best MMORPGs on PC.

Albion Online is a free-to-play MMORPG set for a Q1 2016 release. Sandbox Interactive have said the game will have a player-driven economy, no class restrictions and a heavy focus on claiming, defending and laying siege to player territories.

The video goes into great detail on the labourers system, an in-depth and complex means of making tiny virtual people run around the world, collecting resources and crafting gear, so you can get on with the good stuff like waging bloody and prolonged wars.