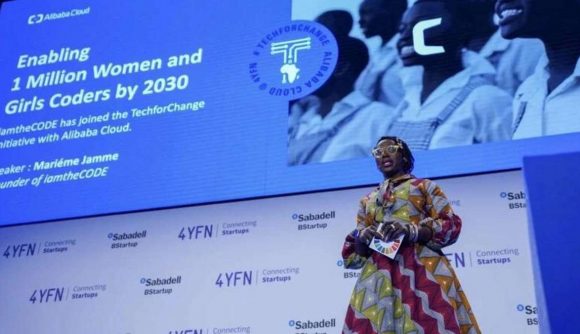 The cloud computing arm of the massive Chinese multinational Alibaba Group, Alibaba Cloud, is aiming to enable one million female coders by the year 2030. It announced its Tech for Change initiative at the Mobile World Congress (MWC) show in Barcelona and is creating its first partnership based around supporting female education around the world.

Partnering with the African-led iamtheCODE movement, Alibaba Cloud is hoping to achieve its worthy goal of empowering a million female coders in the next ten years by providing free online training as well as free access to its cloud computing resources too.

Alibaba Cloud has a wide range of partners, with technological expertise, to offer the initiative as well as global computing resources it can put in front of young women programmers. In partnership with iamtheCODE, it can give these women from marginalised communities the support they need to grow.

There is a dearth of female coders, especially in the games industry, and fewer still from the sort of marginalised communities the Tech for Change initiative is targeting. Any growth in the diversity of our game creators can only be a good thing… we don’t want it to end up as stale as Hollywood.

“By making technology more accessible and affordable,” says Dr. Wanli Min, chief machine intelligence scientist, Alibaba Cloud, “we can inspire creativity and nurture the next generation of game-changers who will make our world a better place.”

Smart chips: These are the best CPUs for gaming

As of 2017 only 21% of game developers worldwide identified as female, with 74% identifying as male. That percentage was actually down compared with the same study carried out in 2016 where 23% were women.

Overall, however, the trend has been improving, with similar studies carried out in 2005 finding only 11.5% of respondents identifying as female.

When you’re taking all gamers and game types into consideration, from mobile to big-screen gaming, there were reportedly twice as many women over the age of 18 playing games as males under the age of 18 in 2015.

Basically, there are a lot of female gamers, and relatively few female devs. 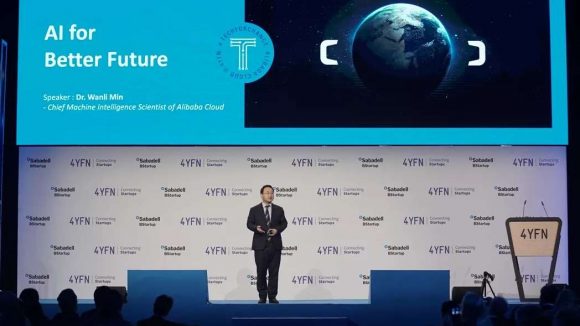 While Tech for Change isn’t specifically targeting the creation of a new generation of women game developers, it is looking to open up a wide range of coding topics to potential female coders. The tailored courses offered by Alibaba Cloud and iamtheCODE cover cloud computing and machine learning, both of which are potentially massive features for the future of PC gaming.

“We believe that affordable cloud infrastructure and accessible intelligent technologies have the potential to enable smaller organisations to make huge differences in creating a better world for all humankind,” says Dr Min. “We are calling for everyone to join forces and be part of the Tech for Change global community.”

A ‘better world for all humankind’ might be a bit much, but some new blood and fresh new thinking might at least deliver us a more interesting Elder Scrolls…