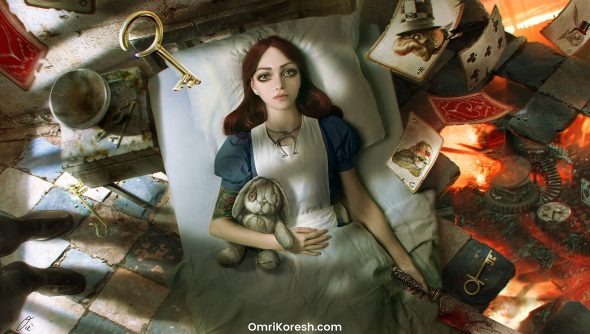 Not that long ago, we reported how American McGee – creator of the hugely popular Alice game series – wanted everyone to stop asking him where Alice 3 is.

Going by a tweet this morning, however, it seems McGee’s changed his mind.

Here’s some great adventure games to play whilst we wait.

“Want a new Alice game?” he asks (to choruses of YES YES YES, primarily). “I’m starting work on a proposal – come along for the adventure and lend your support!”

Want a new Alice game? I'm starting work on a proposal – come along for the adventure and lend your support! https://t.co/wwSvD2USRJ pic.twitter.com/kiJ3jYzwwF

The next chapter in the Alice series is tentatively titled “Alice: Asylum.” McGee’s pulling together a proposal artwork, design outline, and financial/business model, all of which will be submitted to IP holder, EA. All he needs from you, it seems, is your name on a subscribers list to prove to the publisher there’s demand for a new Alice game.

The news comes hot on the heels of McGee’ssuccessful Out of the Woods campaign,“table top card game,illustrated book, coloring book and collection of art prints inspired by ten classic fairy tales.”