There’s a purity to VR right now – disconnected from gaming at large, with no control schemes to know or ingrained genre mechanics to misunderstand. And there’s a physicality to the act that helps newcomers: when you don the goggles, you escape to another world. You don’t need any sort of gaming background at all to understand an old-fashioned fantasy like that.

Like a literary vibe, do you? Try one of the best indie games on PC.

“Think about Alice,” says Carbon Studio founder and art director Aleksander Caban. “She’s going down to the rabbit hole to retreat to another reality. Which is what we’re doing with VR headsets.”

ALICE VR isn’t strictly a retelling of the Wonderland story. It finds the player, a space voyager, stopping off on a desert planet to refuel their leaking ship. Only they don’t find a garage, or indeed anybody at all – the planet’s people have vanished.

The puzzles the player faces in their attempt to get the ship running again pull from Carroll’s novels, however: challenges either too big or too small for our regular sized Alice surrogate to overcome – solved by either shrinking or growing.

“When you put that into VR the sense of scale becomes very clear to you,” reckons Caban. “It’s something that can be very exciting when exploring, and can make you feel a little like Alice who experiments with some suspicious food.”

Carbon have their own rabbit hole of sorts, encouraging the player to explore deeper into the planet, finding new and stranger things. But just as Carroll presented Alice with that initial decision – EAT ME, DRINK ME – ALICE VR will leave the player to make their own choices.

“If I want to I can try to figure out what happened to these people,” says project mananger Paweł Gajda. “But there’s also another way – you can try to collect the [fuel] for yourself and pay no attention to finding out where the citizens have gone. It’s totally up to you.” 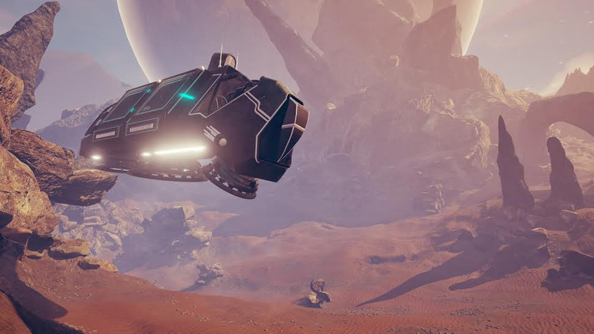 Back on the planet’s surface, where jagged rock formations seem to pierce a low moon, those citizens have left a city behind. It’s a place cobbled together from parts that don’t match. Inspired by Brazil, the urban landscape is layered like a favela, so high that some of its patchwork metal structures seem to lean forward over the sandy streets. It’s the kind of intense vertical detail you imagine will loom effectively in VR.

On the ground, canvassed roofs suggest the outline of a marketplace, and Carbon have decorated the place with enough posters, screen projections and adverts that the city itself can tell the story of its vanished people.

“We tried to design it exactly so the player can talk about the civilisation just from what you can see,” explains Caban. “Some people said that, ‘Oh, it’s another game with no characters because they don’t have enough money for animations and dialogue’. And it’s not like that, but that’s the only thing I can say right now.”

Elsewhere Carbon have coloured their planet with a vivid palette – bright blues and browns that recall the more overt madness of Wonderland. Stranger still are the human arms planted in the ground, still waving gently and underlit unnervingly in the trailer. 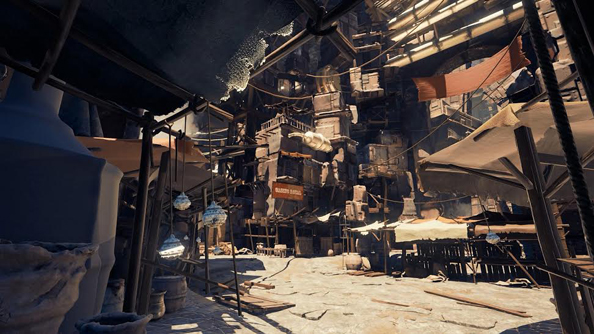 The studio have indulged heavily in the “stunning” effects enabled by Unreal Engine 4, experimenting with the look of ALICE.

“We take a model and put it into Unreal 4 and it looks perfect,” laughs Caban. “We call it magic. it’s not so simple of course.”

ALICE VR will be a few hours in length, and require at least two playthroughs if you want to uncover all the secrets of its silent planet. But Carbon have plans for future episodes to expand their universe further.

“Working with VR has been a revolution,” says project manager Paweł Gajda. “It’s a completely new medium, unexplored, so we feel like we’re at the forefront and it’s very exciting.” 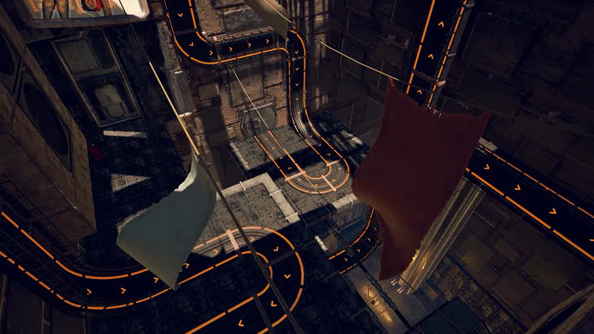 There are parts of Carbon’s planet where the gravity shifts, much like it did in Human Head’s Prey, and the studio talk proudly about their discoveries. Despite their initial worries, even weak-stomached playtesters have managed to navigate those segments without nausea. Nothing to distract from a good old-fashioned fantasy.

“ALICE is going to be one of the first games like this in VR,” says Caban. “And we can promise you that it works great.”

In this sponsored series, we’re looking at how game developers are taking advantage of Unreal Engine 4 to create a new generation of PC games. With thanks to Epic Games and Carbon Studio.