Aliens, specifically xenomorphs, don’t like fire. So it’s probably convenient that you’ll be able to grab a flamethrowers and whisky-based molotovs and drown the dark corridors of Alien: Isolation in fire so you can make your mistake when faced with the late H.R. Giger’s slimy baby – amid sobs, of course.

Steel yourself and take a look at the screenshots from Alien: Isolation’s E3 outing. 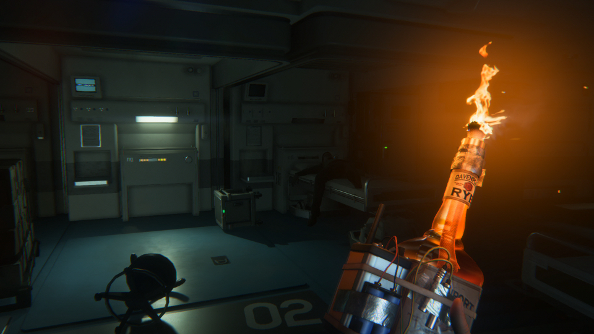 Our Steve checked out an updated build not long before E3, and mentioned the haunting androids that will stalk Amanda Ripley, offering her assistance while attempting to kill her. He noted that fire only serves to make them more horrific. I’d say he’s right.

“Take a flamethrower to their artifical bodies and they’ll happily erupt into flames, ineffectively melting away their exterior skin while leaving them precisely as capable as before, only now ten times as horrifying. While on fire, they’ll leave behind small footprints of burning rubber as they patiently walk towards you. If the alien is a running zombie, the androids are Romero shufflers.” 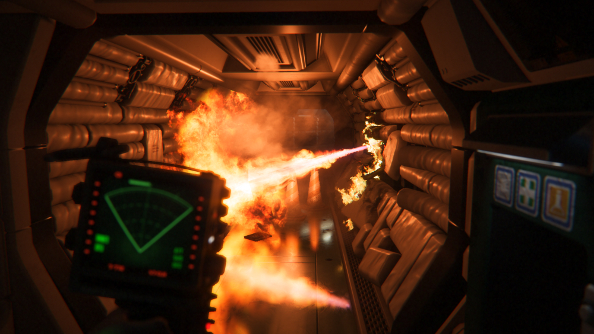 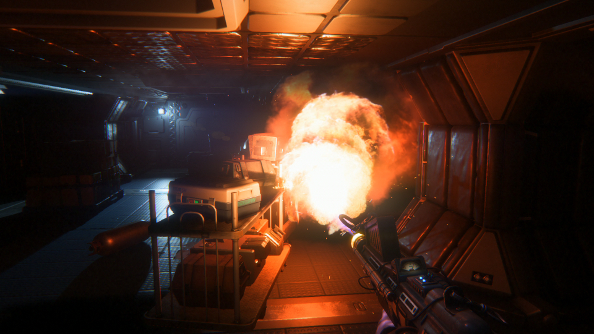