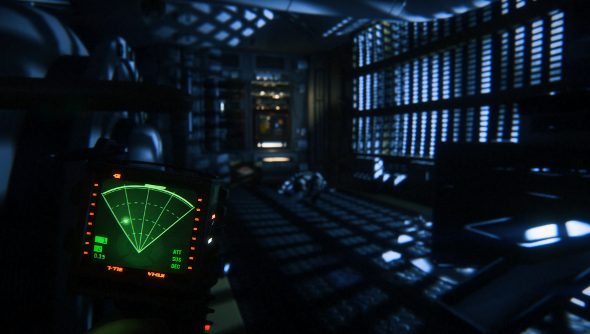 Alien: Isolation’s third bit of Survivor mode DLC, Safe Haven, has launched today, putting players in the shoes of the Sevastopol’s communications manager, Hughes. The poor fella is stuck in a safe room in the lower decks, and his escape is blocked by waves of enemies.

Safe Haven introduces the Salvage Challenge, a mode within a mode, setting players the task of overcoming 10 challenges without dying. “With the clock ticking and wave after wave of opponents standing in your way, death has never felt quite so final,” says Creative Assembly.

Hughes has only one life, and each of the 10 challenges directs him toward a new enemy and unique objective. Completing these objectives confers Hughes with points and rewards, netting the survivor with more items and craftable equipment, improving his chances of survival.

With enough point amassed, players can also unlock a save slot, though that will knock down their final score and their position in the all-important list of glory, the leaderboards.