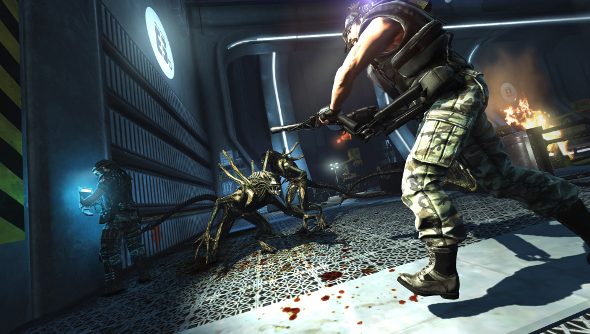 Aliens: Colonial Marines was bad; a bad shooter and a bad Aliens game. But a class action lawsuit filed last year, against Gearbox and Sega, alleges that the game was also sold on false promises and unrepresentative gameplay at shows like E3 and PAX. While both parties looked poised to fight the lawsuit, Gearbox is now attempting to end things before a judge can decide whether the lawsuit is warranted.

The developer’s reasoning appears to be two-fold: the company poured its own money into the game and has not been reimbursed or received royalties, and the class is too broad, including people who would have never seen the early footage or people who actually liked the game, if they exist.

Gearbox’s motion claims that the developer was originally letting Sega, the publisher, handle things, but that it is now obligated to “pursue its rightful departure from this case”.

While the suit alleges that Gearbox diverted funds paid to the company for Colonial Marines to other games, VP of marketing Steve Gibson stated that this was false in a deposition. “During the development process, Gearbox supplemented Sega’s development budget with its own money to help Sega finish its game; Gearbox’s contributions to A:CMtotaled millions, none of which was ever repaid.”

The developer also takes issue with the broadness of the class. “First, plaintiffs’ proposed class is impermissibly overbroad because it includes putative class members who were never exposed to, and who therefore never viewed, the allegedly misleading game demonstrations on which the class-wide claims are premised,” reads Gearbox’s request to strike the class action lawsuit.

There is obviously no way to know how many people viewed or read about the demo at E3 or PAX, however videos and commentary were publicly available, as Gearbox itself explains in its request for summary judgement.

One of the two plaintiffs has already pulled out. Damion Perrine is currently incarcerated and his lawyer has requested that he be removed from the suit.