AMD initially released an early access driver at the start of the month to offer a quick fix to the DX9 problems, but because of the speed at which they put it together the Radeon Software team wasn’t able to complete their usual verification analysis of the drivers. That meant they buried the hotfix under the “not for general use” caveat just in case it bricked something else entirely.

The new 18.1.1 update, however, has gone the full validication process and is now available for general consumption. That said, it’s still down as an optional update, so don’t expect any big performance boosts. The DirectX 9 problem is top of the fix list, but there are a bunch of other resolved issues too:

Original story, January 5, 2018: The Radeon driver team have moved swiftly to update the newAMD Adrenalinsoftware release to fix the bugs from the last update whichentirely bricked some DirectX 9 games.

The early access Radeon driver hasn’t undergone the full AMD testing process yet so is just being recommended for the few retro gamers currently having game-breaking issues on their beloved DX9 games, like the original Witcher game (yes, the ropey one with the ‘buxom wench’ cards) and some Command & Conquer titles.

It was only a relatively minor bug, but seemed to have got some gamers in a bit of a grump about it. I mean, it’s not like it’s been making national news, unlike some other companies I could mention…

“This early access driver is being provided for users who have had issues launching a small number of DirectX 9 based games,” AMD says in the release notes. “This alpha driver has not been fully tested by AMD and is not recommended for general use.”

In other words, installer beware, who knows what else it might b0rk, eh? Sorry, I’m being needlessly mean there… 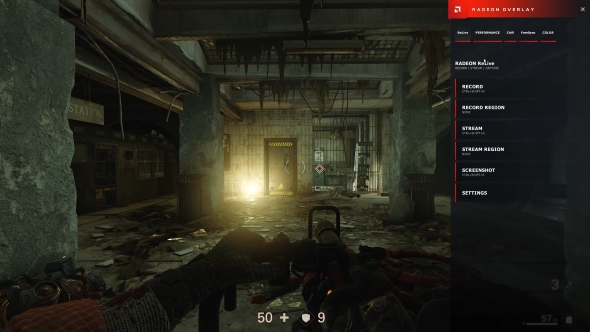 But as such it’s not a necessary update for all Radeon gamers right now. If you prefer your gaming modern, and with more than a handful of polygons, then you can happily skip over this and wait for the fix to be fully ratified by AMD’s driver team and implemented with their next full Adrenalin update.

And if you are sporting an AMD graphics card you really ought to upgrade to the Adrenalin software suite. The new overlay, performance monitoring, and Radeon Chill stuff is worth the download alone. It’s genuinely a quality bit of software goodness for gamers and streamers alike.