Nvidia’s new RTX GPUs may represent the way it’s meant to be played when you’re ray tracing the living hell out of Battlefield 5, but the new Turing graphics architecture isn’t the be-all and end-all of real-time ray tracing. AMD’s own hardware might have something to say about the performance of games with all those billions of rays of light beaming around.

What’s that? No, I’m not talking about AMD graphics cards suddenly displaying some hitherto unseen abilities when it comes to the demands of real-time ray tracing, don’t be silly. AMD barely makes gaming graphics cards these days…

Of course I jest, but it’s actually the CPU side of AMD’s business that could get a bit of a shot in the arm if Nvidia is actually able to foster a genuine wave of titles using real-time ray tracing to good effect. We spoke with DICE technical director, Christian Holmquist, who explained that in order to get the RTX-enabled version of Battlefield 5 running well it needed to “go wide” and utilise many more cores than its standard recommended spec.

The recommended CPU specs for Battlefield 5 are either an eight-threaded Core i7 4790 or a straight quad-core Ryzen 3 1300X. To achieve the results it wanted with the ray traced version of the game, however, DICE has been targeting a beefy CPU with 12 threads, such as the mighty Ryzen 5 2600. 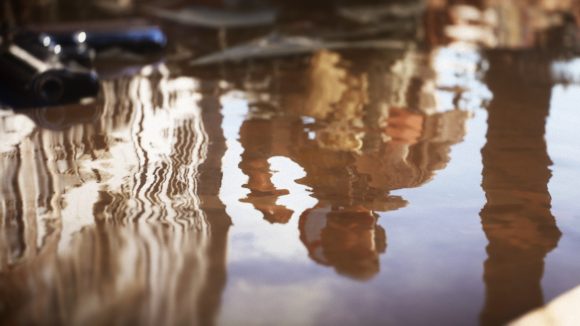 “What we have done with our DXR implementation is we go very wide on a lot of cores to offload that work,” explained Holmquist, “so we’re likely going to require a higher minimum or recommended spec for producing RT. And very wide is the best way for the consumer in that regard, with a four-core or six-core machine.

“We haven’t communicated any of the specs yet so they might change, but I think that a six-core machine – it doesn’t have to be aggressively clocked – but 12 hardware threads is what we kind of designed it for. But it might also work well on a higher clocked eight thread machine.”

The PC we used to play the RTX-enabled version of Battlefield 5 on was running an older Intel six-core CPU with 12 threads, but not a Coffee Lake chip. Still, hitting 12 threads on an Intel processor can get expensive. On the AMD side, less so.

Picking up a Ryzen 5 2600 would give you enough processing grunt to accompany your Nvidia RTX 2080 Ti graphics card. Though if you’ve spent $1,200 on a new GPU chances are you’ll want at least a Ryzen 7, of course you might not have any cash reserves left after picking up the new Turing monster…