Dr. Lisa Su has broken convention and confirmed that AMD will have a high-end version of its Navi GPU architecture in discrete graphics cards. Although no time-scale was given at the CES 2020 roundtable conversation with AMD’s CEO, the implication is that the almost mythical “Big Navi” GPU will be released this year. No hint at the potential specs of a potential high-end Navi were given either, with Dr. Su pointing out that she doesn’t “usually comment on unannounced products.”

It would make sense for the high-end Navi GPU to be using the RDNA 2.0 design so that it can deliver on the promise of AMD’s ray tracing support. Especially considering that Dr. Su has also confirmed that there will be Radeon graphics cards launching this year that “will have ray tracing” support baked into them.

If, as anonymous AIBs are suggesting, the high-end Navi GPU is able to compete with the current top end of Nvidia’s Turing generation of graphics cards in terms of standard gaming performance, AMD would surely want to compete with them on the ray tracing front at the same time.

The question about the import of high-end graphics cards to AMD was put to Dr. Su by Gordon Mah Ung, and published in Anandtech’s transcription of the CES roundtable.

“I know those on Reddit want a high end Navi!” she laughs. “You should expect that we will have a high-end Navi, and that it is important to have it. The discrete graphics market, especially at the high end, is very important to us.

“So you should expect that we will have a high-end Navi, although I don’t usually comment on unannounced products.” 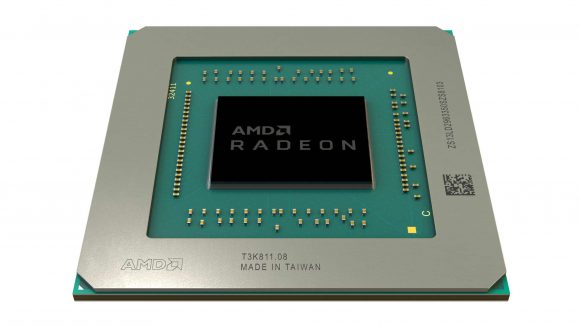 Whether this high-end Navi will be the mahoosive Navi 21 GPU, with 5,120 RDNA cores and 80 compute units (CUs) that has been previously posited, or something more along the lines of the 56 CUs rumoured to be rocking the Xbox Series X’s world we still don’t know. But if it’s going to match something like Nvidia’s RTX 2080 Ti then it would have to be closer to the specs of the former than the latter.

Anonymous sources talking to Videocardz have said that although they don’t have any specific details to share “they are sure it will be on par if not better than the current high-end RTX series.”

But it will need to pop up probably in the first half of this year if the rumours of Nvidia’s next-generation 7nm GPUs appearing in the second half of 2020 come true. The potential 7nm Hopper graphics cards will take Nvidia’s historic efficiency and offer the GeForce GPUs the opportunity to push performance to new heights.

The suggestion is that AMD is expected to deliver on the “Big Navi” promise either in June, at Computex or E3, or July exactly a year after the initial RX 5700 XT and RX 5700 cards dropped.